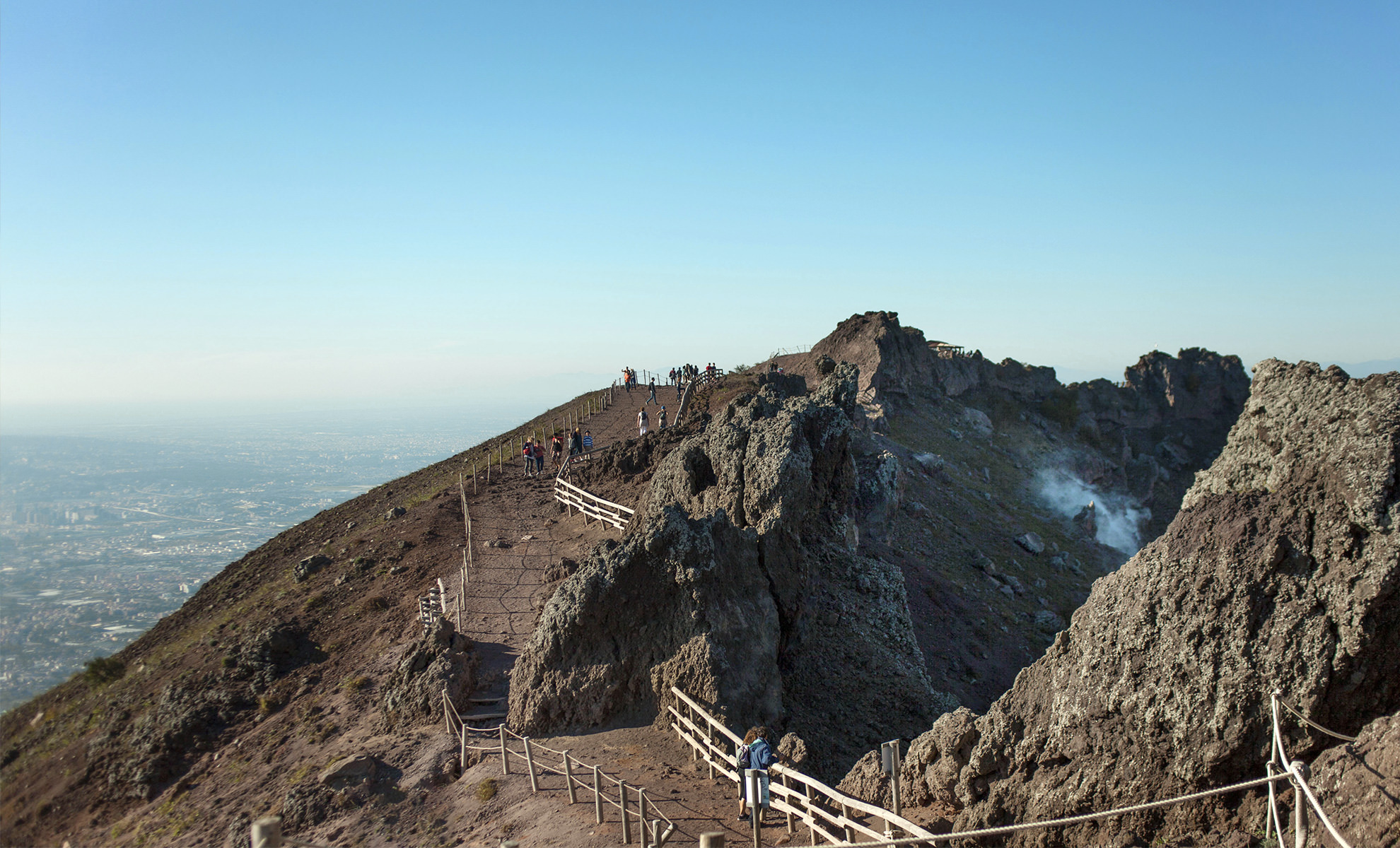 Ladies and gentlemen, here is the most famous volcano in the world: Vesuvius. The sleeping giant is the absolute protagonist of the views overlooking Naples: with his majestic and elegant presence, he keeps silent guard over the gulf, but that apparent tranquillity hides a boundless fury. 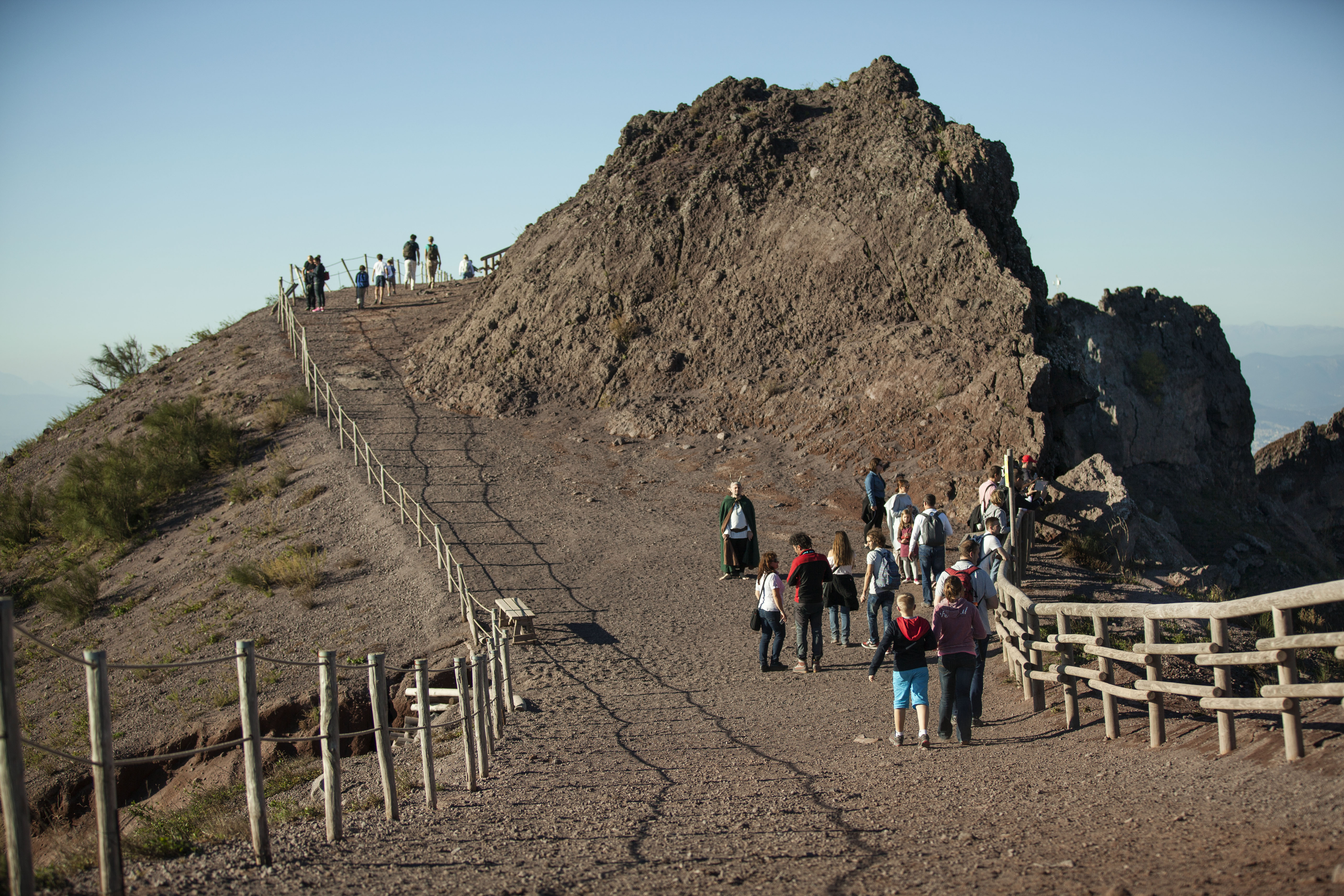 Vesuvius is the volcano most studied by geologists and the most feared due to strong urbanisation trends in its vicinity. Its eruptions, violent and implacable, are in the collective imagination of all. In some cases, the history exceeded myth, as happened in 79 AD with that cataclysm that buried the cities of Pompeii, Herculaneum, Oplontis and Stabia. Vesuvius alternates periods of rest with sudden awakenings that shake the territory. The last explosion took place in March 1944. From that moment on, the giant has fallen asleep on the back of the Gulf of Naples. But beware: never let your guard down!

The path to the Vesuvius Great Cone reaches an elevation of 1170 metres, passing through a series of very panoramic bends that allow you to admire the ancient volcano of Monte Somma, separated from Vesuvius from the Valle del Gigante and Colle Umberto, site of the Vesuvian Vulcanological Observatory, the first in Italy, founded in 1841. Our walk continues around the crater of the volcano, between lava fumes and beautiful landscapes.

It is a chilling experience to visit that huge natural cannon that fired tons of magma and incandescent lapilli, creating terror, destruction, death... and life.