Mines in the Blue: from Pranu Sartu to Cala Domestica 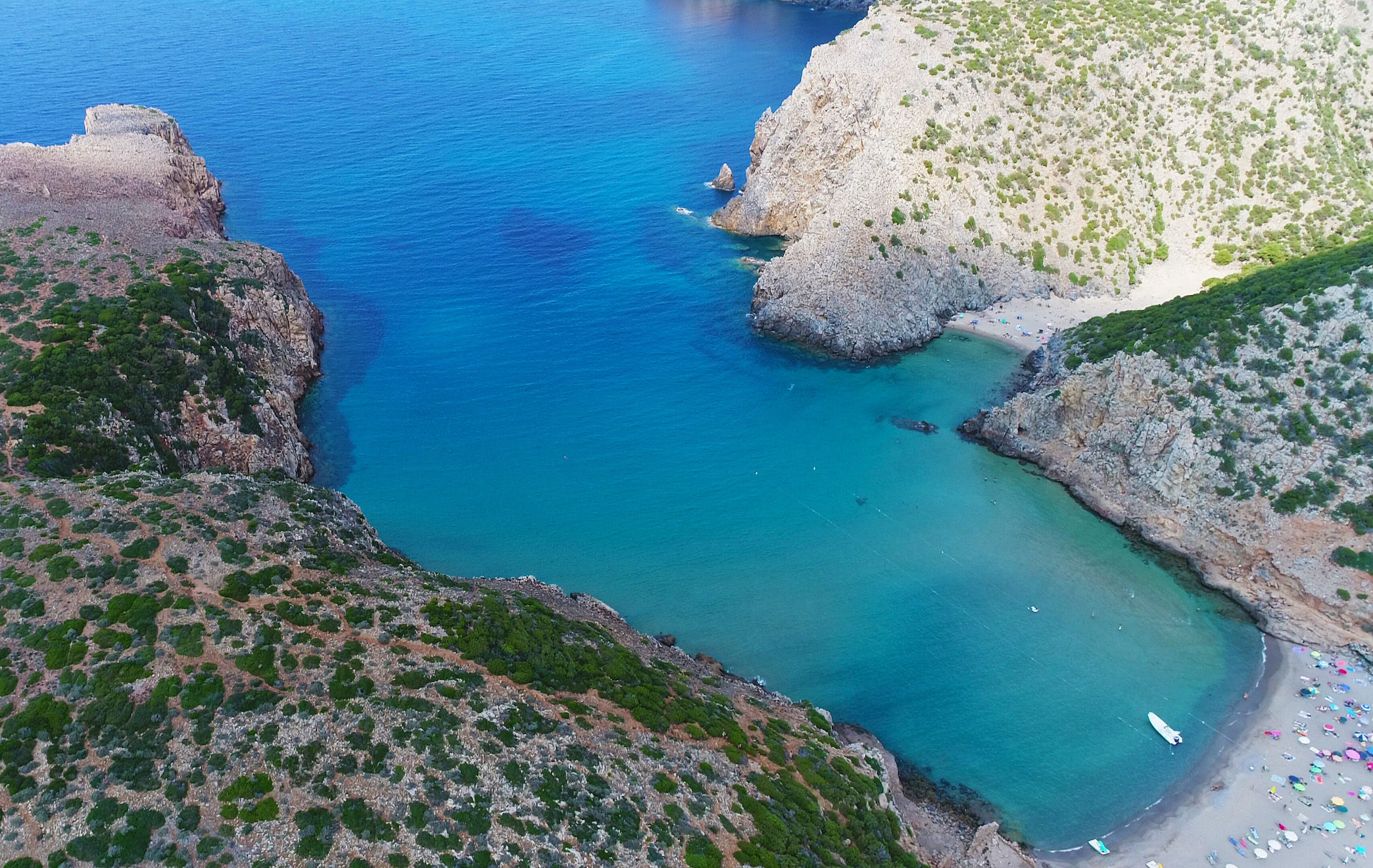 «It is the most beautiful cliff in the Mediterranean». This is how the French explorer Jacques Cousteau defined the Costa delle Miniere (Mines Coast), the spectacular coastline overlooking the sea that goes from Buggerru to Masua.

It is one of the oldest landmasses, twice the age of dinosaurs. The very rare rock species are the delight of geologists, while hikers enjoy it with fantastic views overlooking the coast. The path crosses the most important mining landings in Sardinia.

It starts from Pranu Sartu, an open-air excavation where a ghost village bearing the same name is located, once inhabited by the miners of the nearby Galleria Henry. Today Buggerru is an extraordinary trekking route, in 1904 it was the scene of the first strike in Italian industrial history. The second stop is the splendid Cala Domestica, one of the most beautiful and wild beaches in Southern Sardinia. An ancient Spanish Tower dominates this fjord surrounded by Mediterranean scrub and a strip of white sand where ruins and tunnels dug by miners are still visible. The last landing is that of the Grand Canal of Nebida, a spectacular long and narrow valley that reaches the sea.

Mines in the Blue: from Pranu Sartu to Cala Domestica