It is one of the historic districts of Naples, a natural setting for films such as "L'Oro di Napoli" by Vittorio De Sica or "Viaggio in Italia" by Roberto Rossellini. And then again, one of the most famous actors of all time was born in the Rione Sanità: that prince Antonio de Curtis, aka Totò, to whom a square is dedicated in the heart of the district. 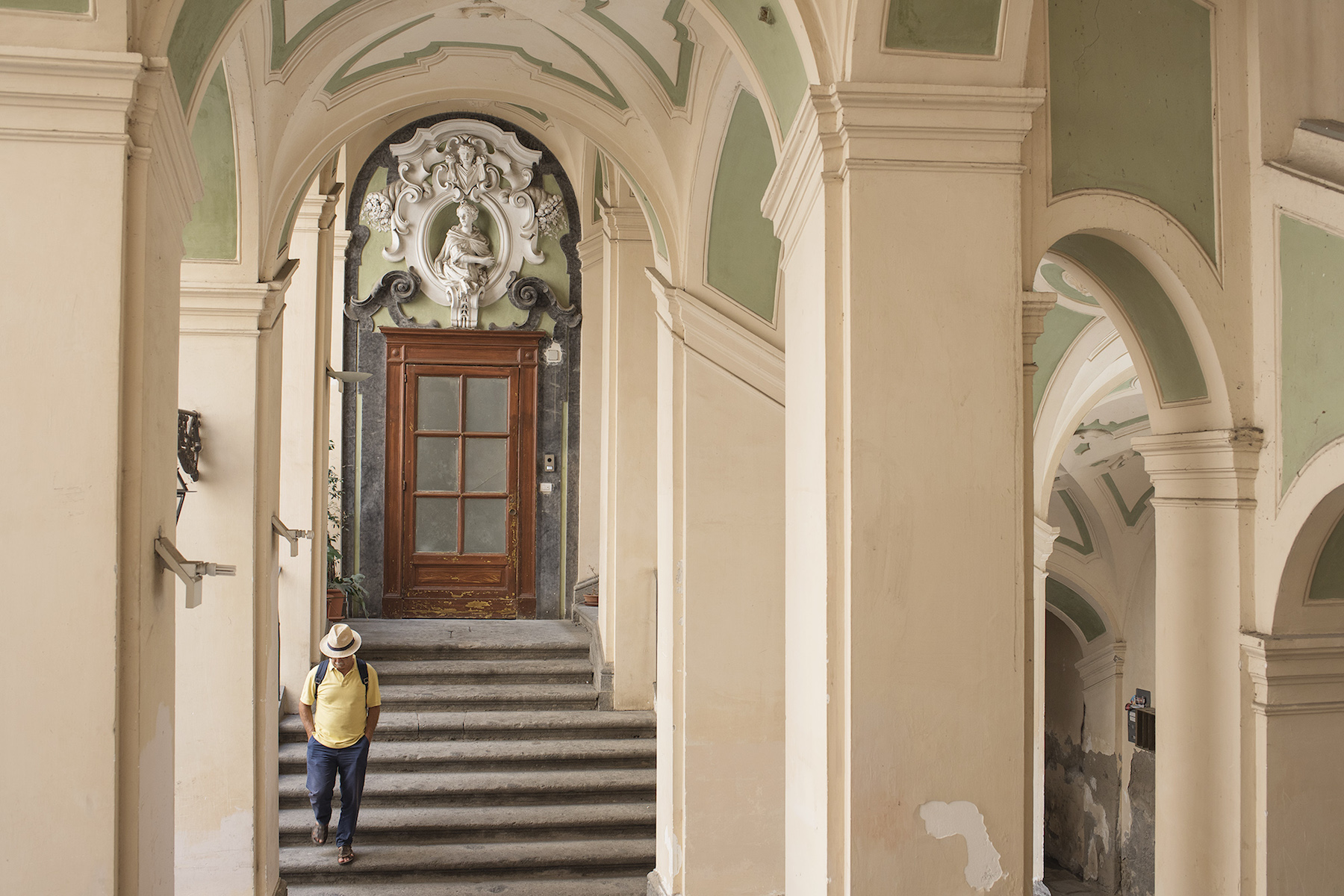 Piazza that borders that district of the same name, where the Basilica of Santa Maria della Sanità can be found. This is the place that seems to contain the spirit of a city that must be explored in depth, without stopping at the surface. In the meanderings of the baroque Basilica, indeed, are opened up the early Christian catacombs of San Gaudioso, with frescoes and mosaics dating back to the 5th-6th century AD.

Looking towards Via Sanità and following the narrow sidewalks, here is the splendid setting of the Palazzo Sanfelice, an eighteenth-century residence that the architect Ferdinando Sanfelice built for himself. The flight of exposed stairs immediately catches the visitor's eye, and the series of windows and balconies that open onto the façade allows the gaze to wander to the back courtyard.

A solution also adopted for the next noble building of via Vergini, the famous Palazzo dello Spagnolo, also designed by Sanfelice on commission from the marquis Nicola Moscati. Both palaces have inspired many cinematographic, theatrical and musical works: in the Palazzo Sanfelice, citing only one example among many, the cinematographic adaptation of "Questi fantasmi" by Eduardo De Filippo was filmed; a few metres away, in the Spanish courtyard, were the settings for Nanni Loy with "Mi manda Picone" and John Turturro with the musical "Passione". 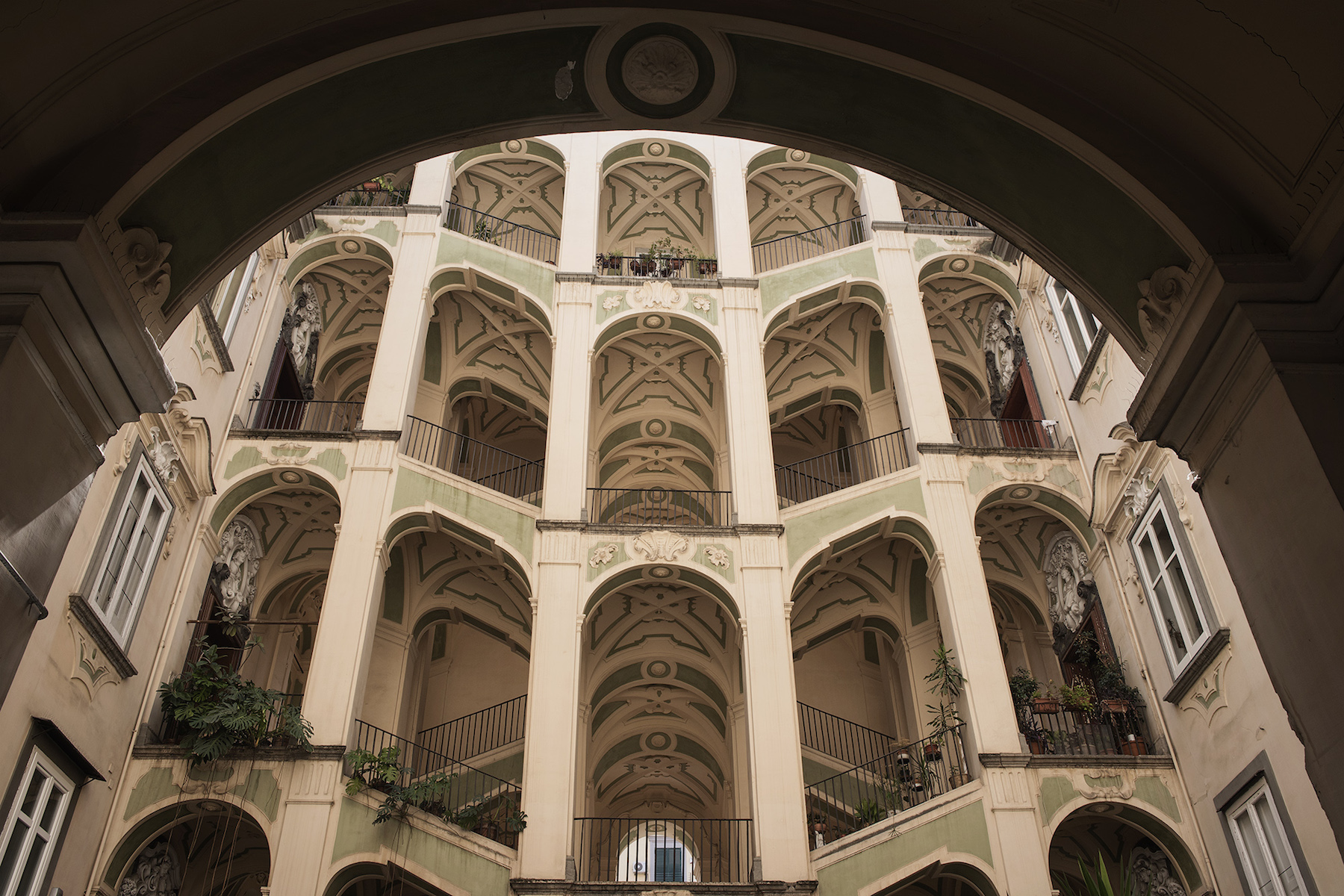 One of the most famous points, which is deeply intertwined with the "sacred-profane" culture of Naples, is the Fontanelle Cemetery, located in the  street of the same name: a striking ossuary of 3 thousand square meters that extends along the tufaceous galleries of the Rione, and where, until a few decades ago, the ritual of the "anime pezzentelle" took place: the adoption, by a living person, of a skull that corresponded to an abandoned soul, unremembered by any relative or friend on earth (hence "pezzentella"). 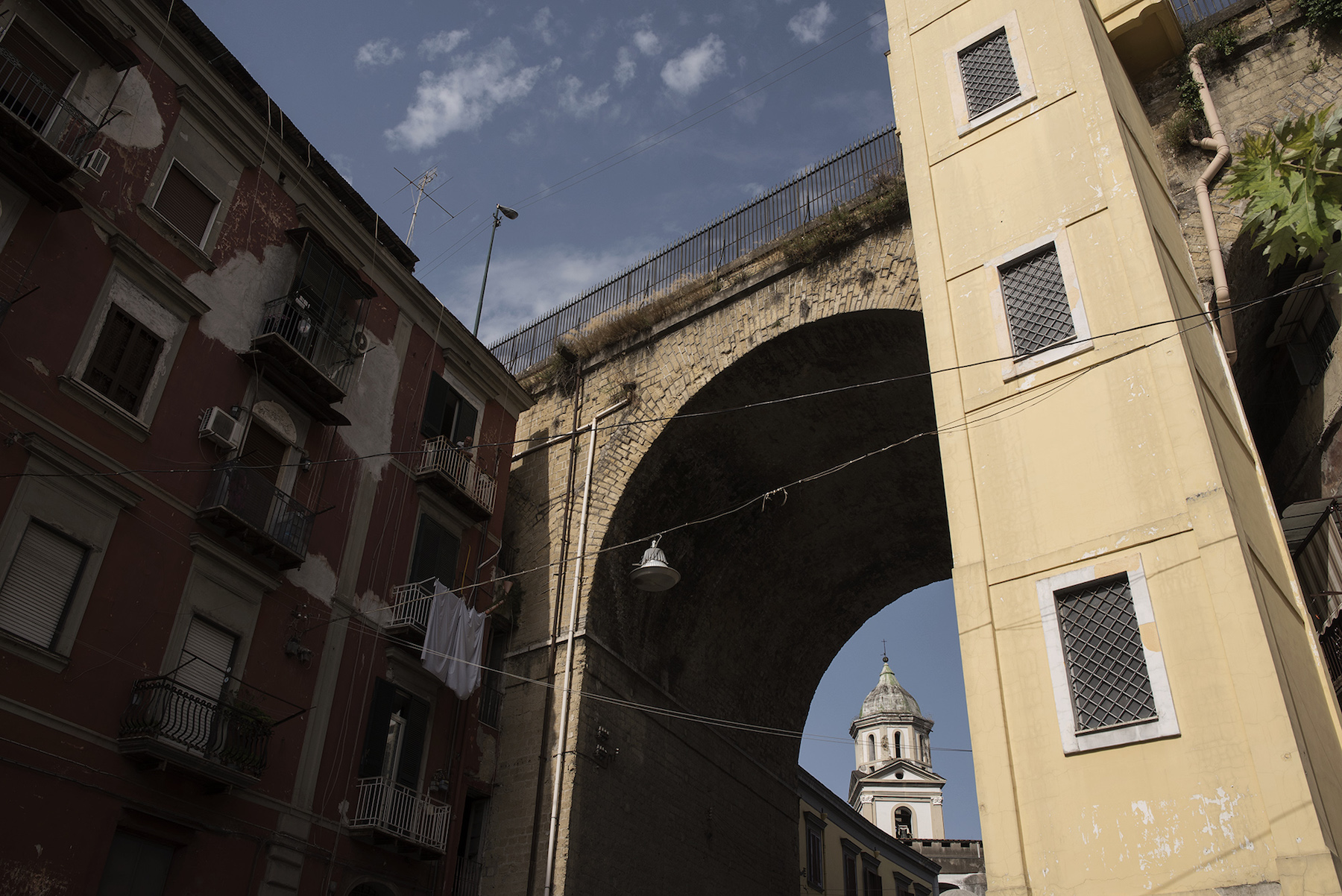 Overlooking the Rione is the Ponte Maddalena Cerasuolo, today dedicated to the partisan of the Four Days of Naples, which Gioacchino Murat built between 1808 and 1809. If on the one hand we are facing one of the most impressive works of French architecture in Naples, on the other the bridge has urbanistically cut out the Sanità from the city fabric, since to go from Capodimonte to the historical centre and vice versa, it is no longer necessary to pass between the squares and the alleys of the neighbourhood. During the last century and a half, the Rione Sanità has therefore become a city enclave, often bypassed by cultural and tourist circuits, consigning a noble and beautiful area to social and monumental degradation. An unfortunate decline that now, finally, has changed thanks to the initiatives carried out by the region's many cultural associations to make this important piece of Neapolitan history known to the whole world.