Path of the Gods

“Starting right from Il Sentiero degli Dei (the Path of the Gods), from that road suspended over the magical Golfo delle Sirene (Gulf of the Mermaids) still furrowed today by memory and myth”

This sentence by Italo Calvino, impressed on a ceramic plate, welcomes hikers to one of the most famous trekking spots in the world: Il Sentiero degli Dei (the Path of the Gods). Once a mule track, today it is a 7.8 km route that connects Agerola, a small town on the hills of the Amalfi Coast, to Nocelle, a hamlet in Positano, clinging to the slopes of Monte Pertuso. 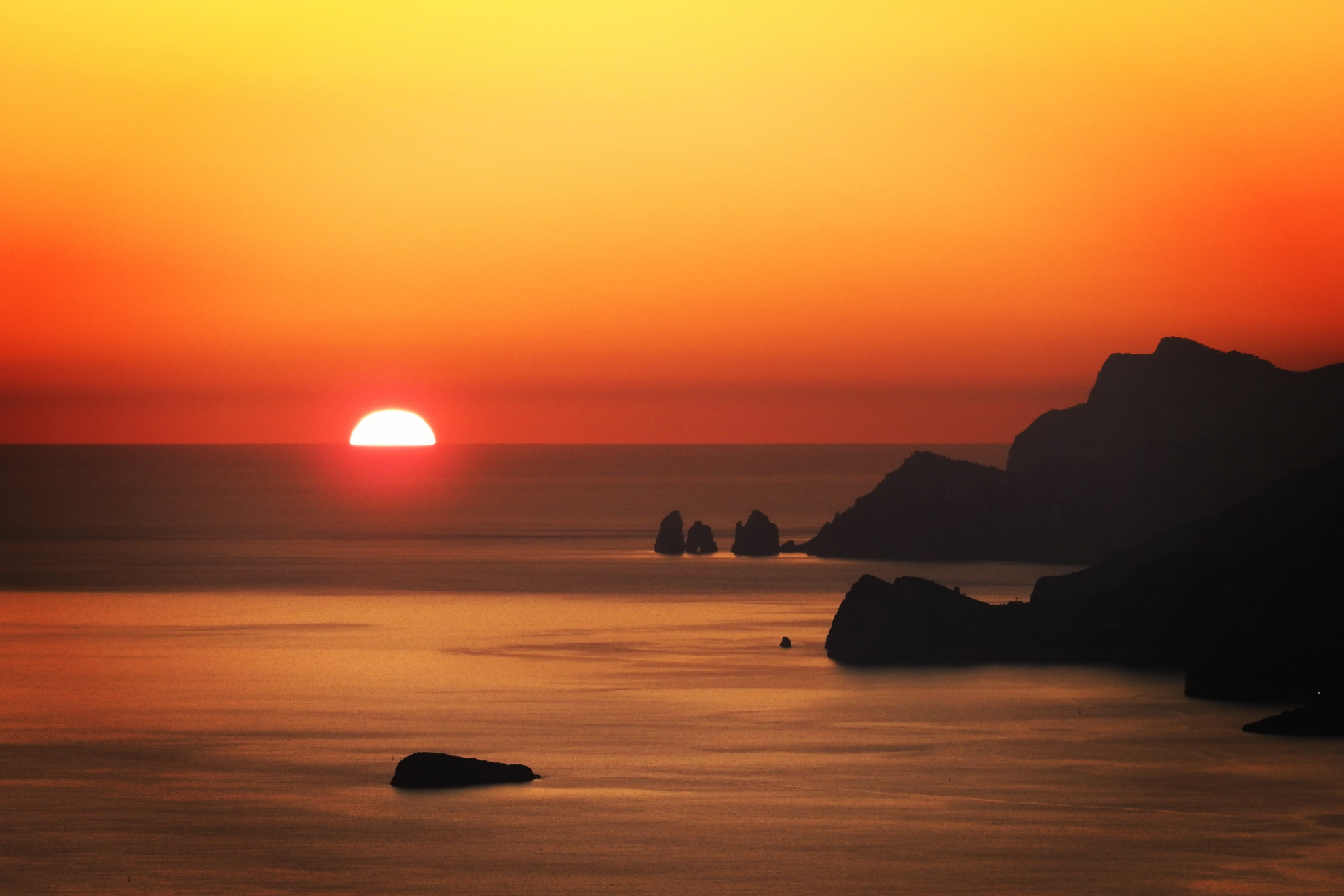 Before the Bourbons built the current coastal state road, the Path of the Gods for centuries was the only link between the villages on the Amalfi Coast.

The Path of the Gods is a long corridor between heaven and earth, sea and mountains. A road suspended in the air with incredible canyons and terraces overlooking the islands of Capri, Punta Penna, the archipelago of Li Galli, the Monti Lattari and Positano. A magical path that also charmed the ancient Greeks. According to mythology, in fact, the gods passed there to save Ulysses from the fearsome mermaids that were on the islets of Li Galli.

The Path of the Gods ends at Nocelle, but not this spectacular journey: a stairway of 932 steps divides the hamlet from fashionable Positano. The walk then continues through Monte Pertuso, where a battle took place between the Madonna and Lucifer, which today has left deep traces: a hole (in the "pertuso" dialect) in the heart of the rock created by the index finger of the Virgin to witness her presence there. In reality, it was an erosion phenomenon that shaped the rocks as if they were stone sculptures. Between legends, nature and counting the steps, you arrive in Positano where you can go shopping in the narrow streets, drink a cocktail on the beach and dive into crystal clear waters.

The incredible biodiversity of the place, the landscapes immersed in mythology and the breathtaking views make the Path of the Gods a unique trekking spot in the world.

Path of the Gods