The atolls of Gallura 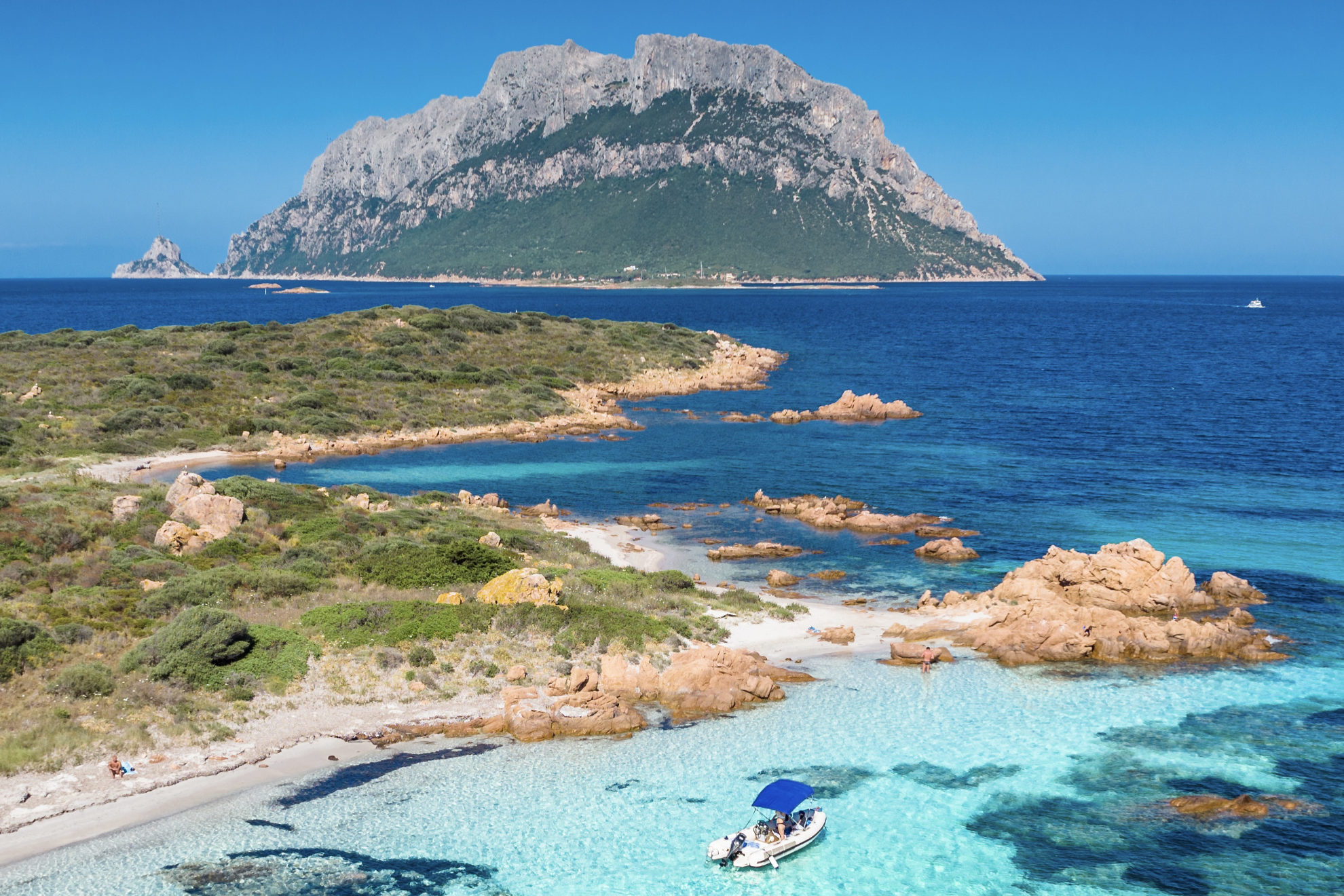 Isola Piana is an islet located between the granite rock of the island of Tavolara and the north-eastern coast of Sardinia. It rises from the waters of the protected marine area of Tavolara - Punta Coda Cavallo: a small natural jewel in cobalt blue and emerald colors, the sea with a shallow and sandy bottom.

It is ideal for those who want to relax in one of the characteristic coves with emerging pink and ocher-yellow rocks: the typical shades of the Gallura coast.

Isola Piana is part of a complex of islands that look like the atolls of Asia or of the South American coasts. The clarity of the turquoise sea dazzles, while the waves break between the low coasts of Isola Piana and the rocky shores of Tavolara. Here nature created various geological peculiarities: the gray and imposing rocks of the extinct volcano of Tavolara; the soft, low and sandy coasts of Isola Piana; the jagged profile of the nearby Isola dei Cavalli, the atoll closest to the Sardinian coast.

From these shores you can enjoy one of the most beautiful views in the whole of Sardinia. This continuous dialogue between land and sea, their constant meeting, becomes the distinctive character of the entire Gallura coast. A unique territory in the world, where nature and human beings coexist in mutual respect. In fact, Isola Piana is also a place where some very rare bird species such as the European shag and the Corsican gull, nest. A corner of the Mediterranean to be discovered slowly.