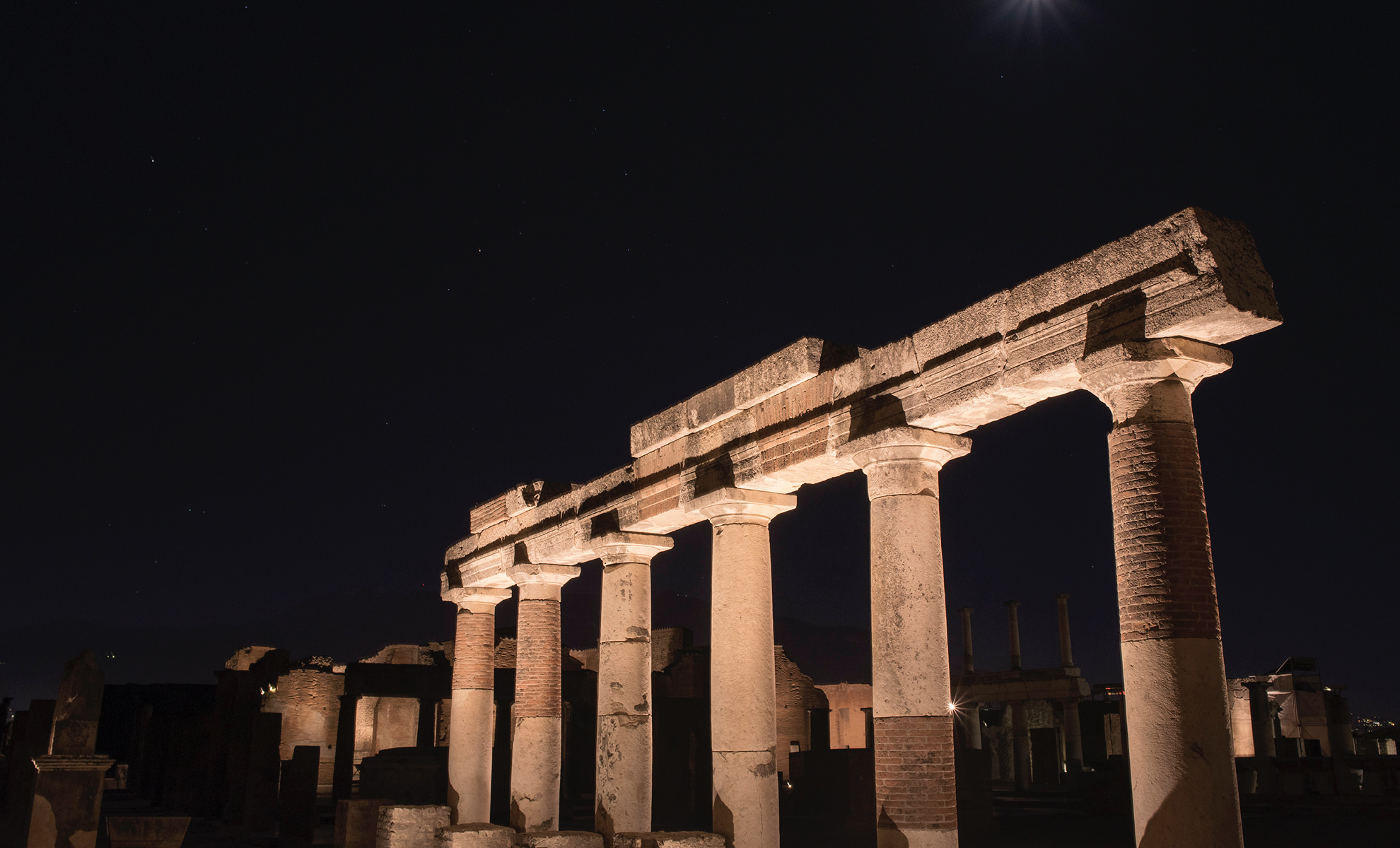 It is 79 AD. For months the city of Pompeii has been shaken by continual earthquakes. No one imagines that an insignificant "hillock", barely immortalised in some paintings that will be found two millennia later, is about to unleash hell. 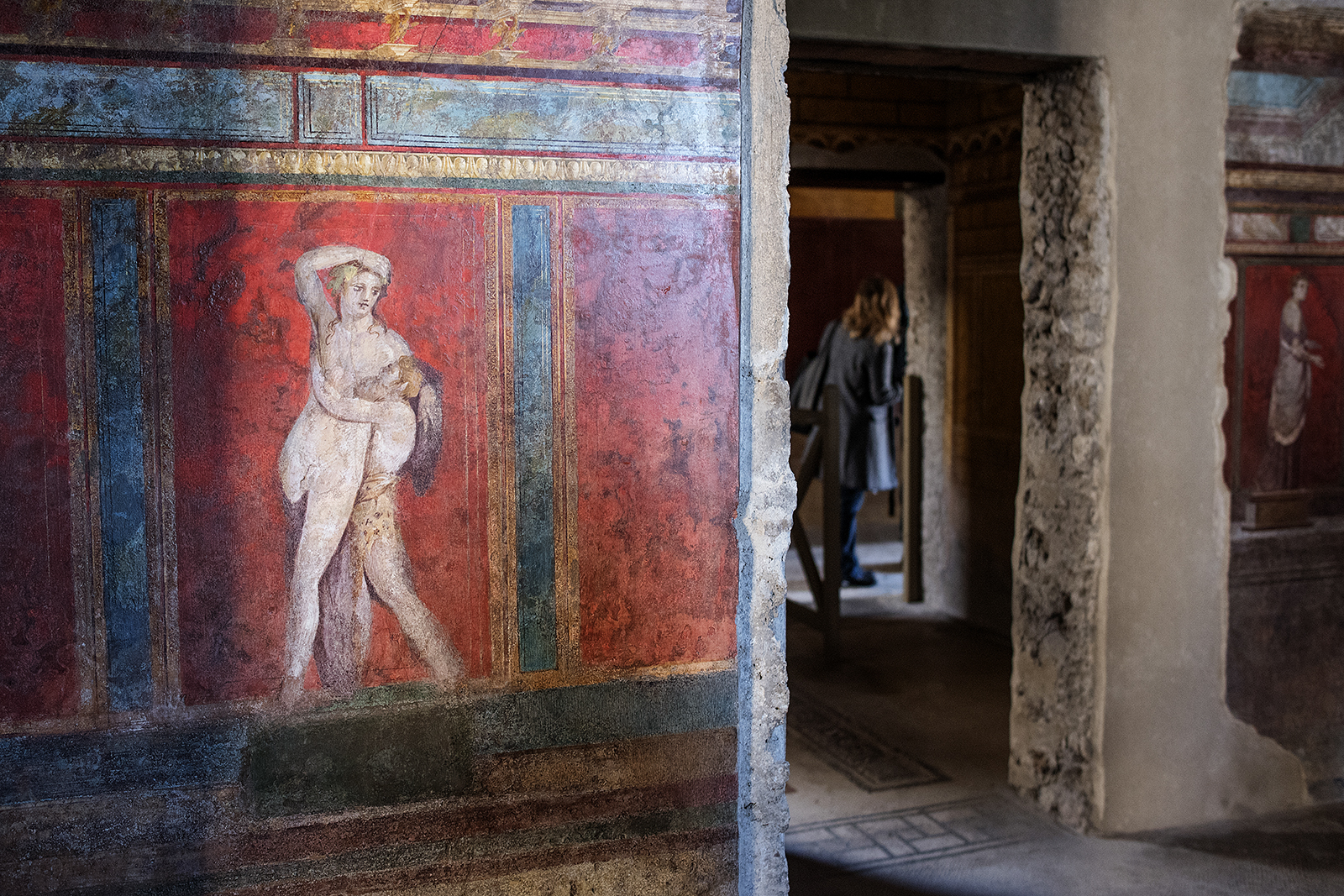 Only a few minutes are left before Vesuvius emits its first deadly wail. Around 13.00 on 24 August (according to others it was 24 October) a roar shakes the lives of thousands of people, forever transforming the area south of Naples. It is the beginning of the end for Pompeii. It is the beginning of a story that continues to exist.

Pompeii was forgotten for almost 2,000 years. It was only in 1748, under Charles III of Bourbon, that archaeological excavations began that would profoundly change European cultural life.

Pompeii is the largest archaeological site in the world. You walk along the streets lined with houses, taverns, bakeries and shops, you walk through alleys that hide brothels and patrician villas, you enter the theatres, the gyms, the baths and the markets, until you reach the Forum, the nerve centre of the city. It seems as if you can still hear the voices of the inhabitants. It is as if when Vesuvius erupted, it took a photograph of the last moment of Pompeii's life. And the negative, preserved by ashes and fragments of rock, has arrived intact today. There is no place in the world that provides such fascination... 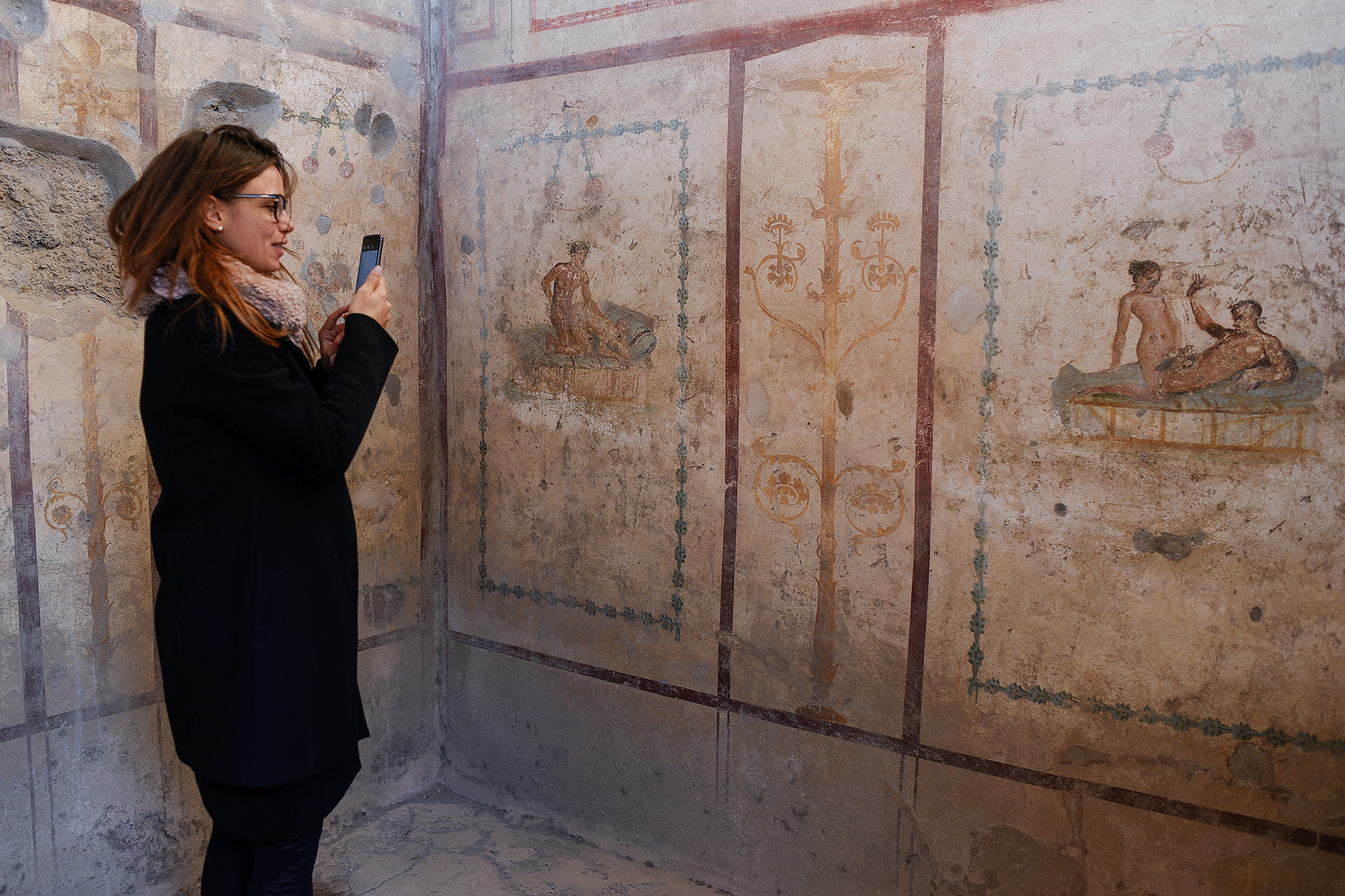 The domus are a precious testimony of life in ancient Rome. You can visit elegant apartments of politicians and intellectuals, lavish mansions such as that of the Vettii, where there is  statue of a Priapus with a big phallus, or houses that remain in the collective imagination, such as the House of the Tragic Poet in which you can admire the famous "Cave canem" mosaic. And then there is the Casa del Fauno, a sumptuous villa where the famous mosaic of the battle of Isso was discovered, today to be found at the Archaeological Museum of Naples, or the residence of Obellio Firmo, a man so wealthy that he owned a safe found in the atrium.

The interiors of the houses are decorated with splendid frescoes (above all those of the extraordinary Villa of the Mysteries) and refined mosaics (some of which can be found today in the Archaeological Museum of Naples), while the graffiti of the people on the walls can still be read. 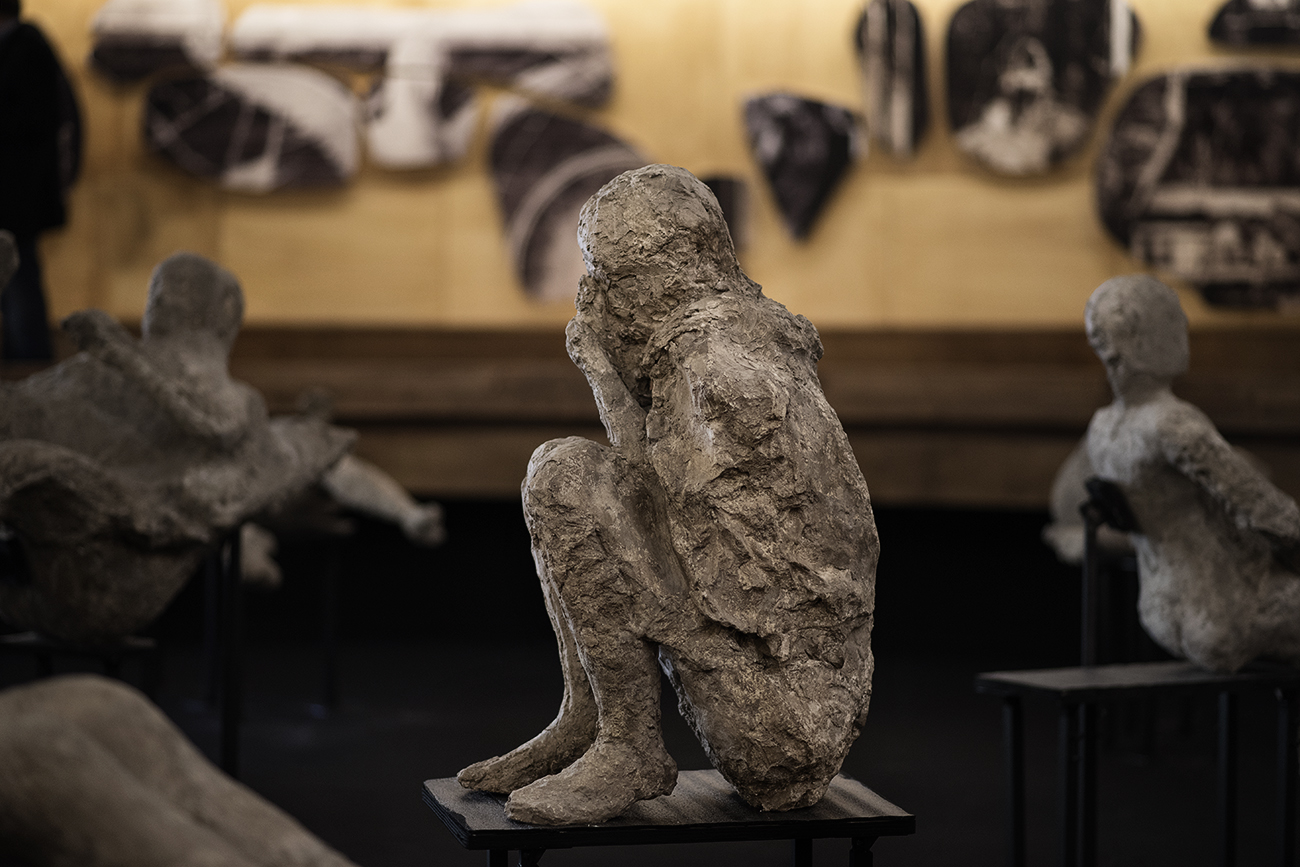 The casts of the inhabitants whose breath suddenly stopped and the ashes ended up crystallising expressions and attitudes give you goosebumps: desperate people on the run, individuals hugging each other, women and children huddled together, bodies contorted by the toxic gases and even a dog tied to a leash... They are the most authentic and tragic images of that catastrophe that buried Pompeii and created the myth. Scenes that are cruel, yet at the same time fascinating and which bring to life those feelings of fear and horror. The final moment of a city ​​that exhaled its last (but eternal!) breath of life.