A descent to heaven

Walking for an hour among the colors and the scents of the Mediterranean vegetation. In the distance we see a small, white and turquoise bay, which outlines the horizon. It’s the prize for those who set out from “Lentiscelle” district, in the area of Camerota, in the Cilento, to reach the sea. 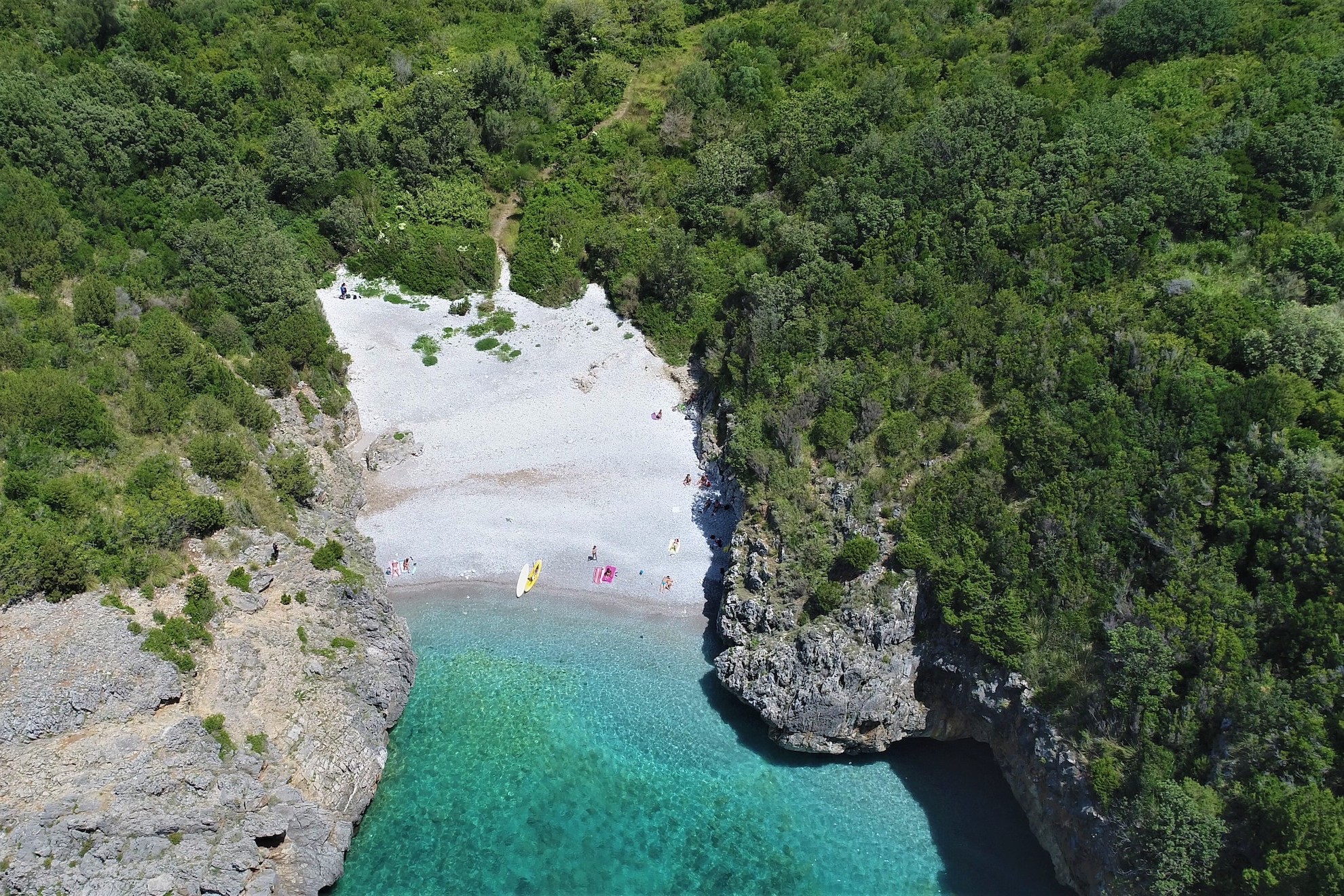 The prize is called “White Bay” and it is such a beautiful beach that it seems to have been placed there on purpose. Walking along the path we arrive in the heart of a cove abundant of round and white pebbles (the name “White Bay”  comes from this feature of the beach), which looks out over a mirror of water with emerald green and intense turquoise colors. A daydream.

“White Bay” is one of the pearls of the Protected Marine Area of Infreschi Coast and Masseta, along with the Pozzallo beach and the enchanting Infreschi Bay. It’s enough to take a dip to see that the sea is different, it’s not the usual one we are used to on summer Sundays. The color, the texture, even the “taste” of the water is different.

It is not just a suggestion. «Many underwater freshwater springs, dependent on karstic phenomena, cross the “White Bay” area», explains Giovanni Fulvio Russo, President of the Italian Society of Marine Biology and head of the Biological Sciences department of the Partenope University. So the sea water becomes clearer and less salty, while with a swim we reach out into the open sea. 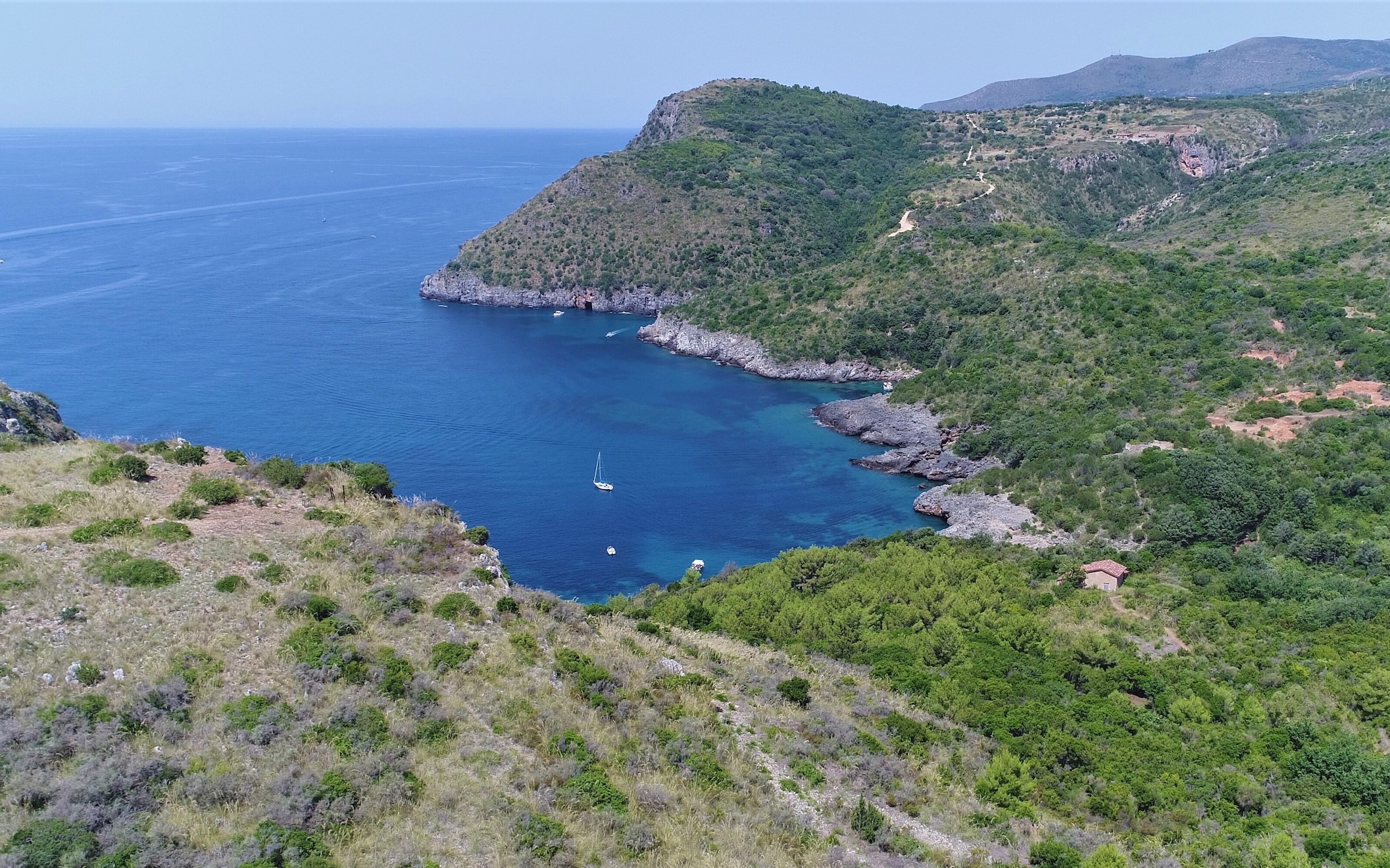 All these peculiarities make “White Bay” fascinating not only for travelers, snorkelers and hikers, but also for researchers and scientists. Another characteristic of this area – explains Russo – is that the rocks around the bay rest on deeper layers affected by episodes of secondary vulcanism: degassing from the ground, fumaroles, emissions of warm water.

«After all we are 40 miles from the “line of volcanoes”: a set of submarine volcanoes that connects Etna, in Sicily, to Vesuvius, in Campania, passing through the Aeolian Islands. Also the Palinuro mountain rises up here. Along with Marsili mountain, it is one of the largest underwater volcanoes still active in the Tyrrhenian sea. We are talking about a mountain more than two thousand meters high, whose top is just 65 meters below the surface», Russo explains.

The imaginary line of volcanoes takes us directly into an underwater world, with its balances, its thousand faces, its flora and fauna. «The main elements of underwater landscape are the vast beds of seagrass (Posidonia Oceanica), the algal Cystoseira formations (brown seaweed) and particular types of coastal rock corals, such as those with red gorgonias. On the other hand, the protected species called “Pinna Nobilis” is very common», Russo concludes. 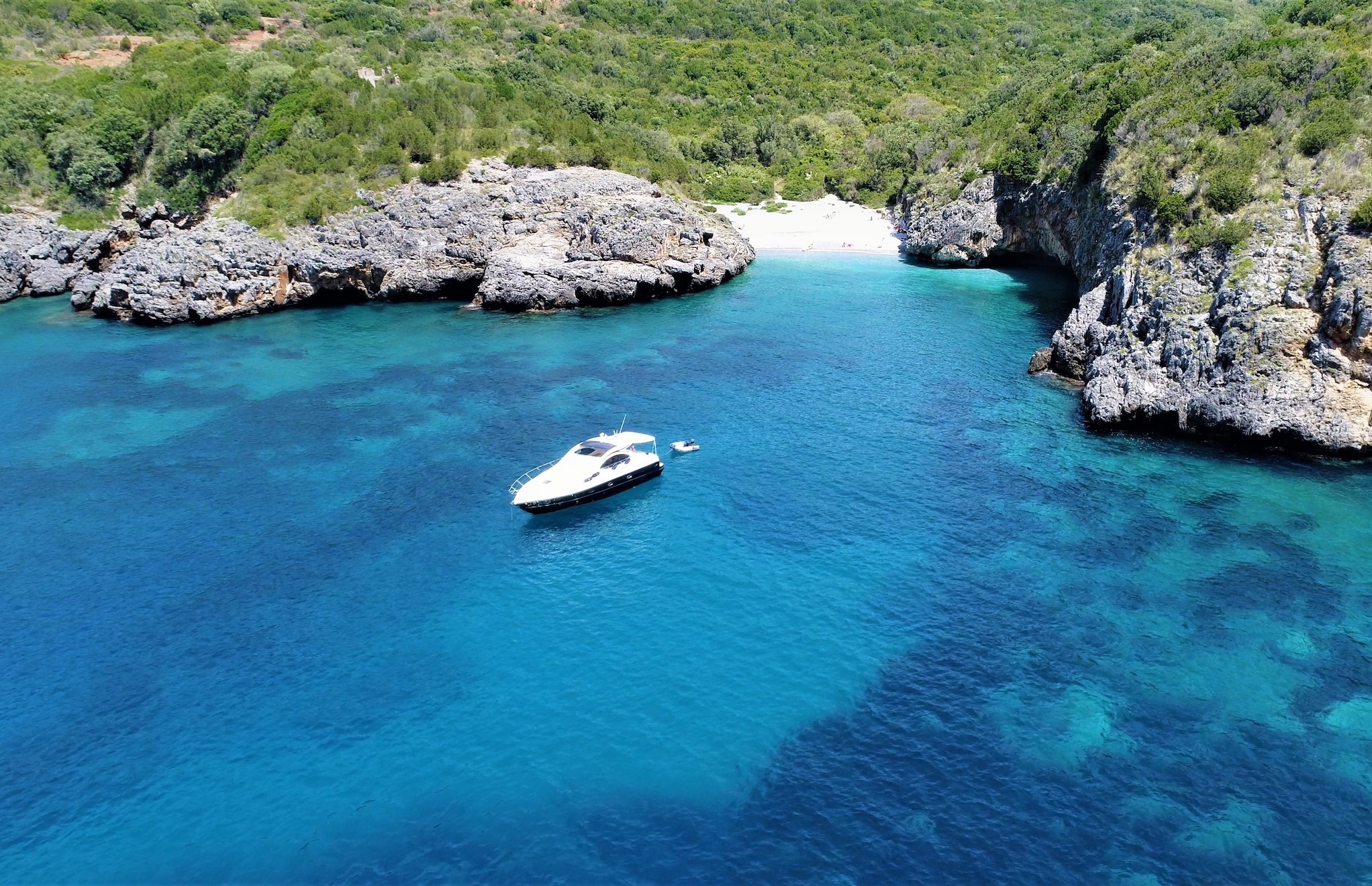 Like every paradise, even “White Bay” has a fragile balance. The so-called “anthropic pressure”, that is the number of people who crowd the area, must always be monitored so as not to endanger the ecosystem. Mainly the coming and going of boats and the flow of tourists in the summer months could put Posidonia’s beds and integrity of the rocky seabed at risk and both are crucial for the crystalline color of the water. So the best way to enjoy this paradise is to walk along the path that from Lentiscelle district reaches the sea and then take a dip into the blue.