At the feet of the God Neptune

It was March 23, 1787 and Johann Wolfgang von Goethe was making another stop-over of his “Italian Journey” to discover the ancient Campania. 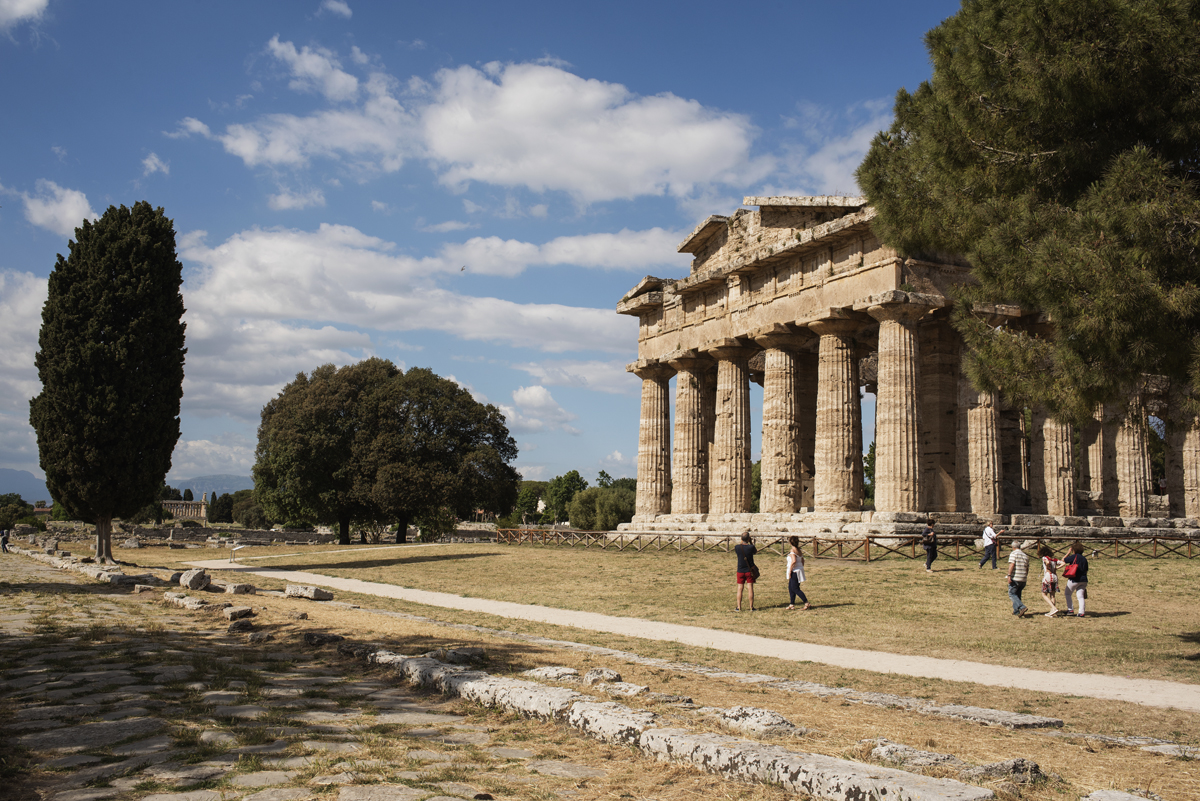 «Finally unaware whether we were walking on rocks or ruins we were able to recognize some squared oblong bedrocks, which we had already noticed from a distance, like temples that had survived and memories of a city that used to be magnificent»

The city considered “magnificient” was once called Poseidonia, then Paestum. Precisely in those years began its appreciation.Ten years before Giovan Battista Piranesi had eternalized in his engravings the atmosphere felt between the temples: the solemn majesty of Greek architecture, scratched by time. The vegetation that disrespectfully invaded  every space and those strange, tiny figures, that wandered among the columns.

In the XVIII century the splendor of Paestum was slowly re-emerging from the morass of the past. In those same years we tried to understand the history, the origins of this place, also giving a name to the temples: for example, the Basilica, nowadays called Temple of Hera, or the Temple of Ceres, nowadays of Athena. The most impressive and best preserved temple was attributed to Neptune: it could not be otherwise, in a city whose ancient name was Poseidonia! More divinities were competing for the temple: Hera was the most accredited, but there were also Zeus and Apollo. 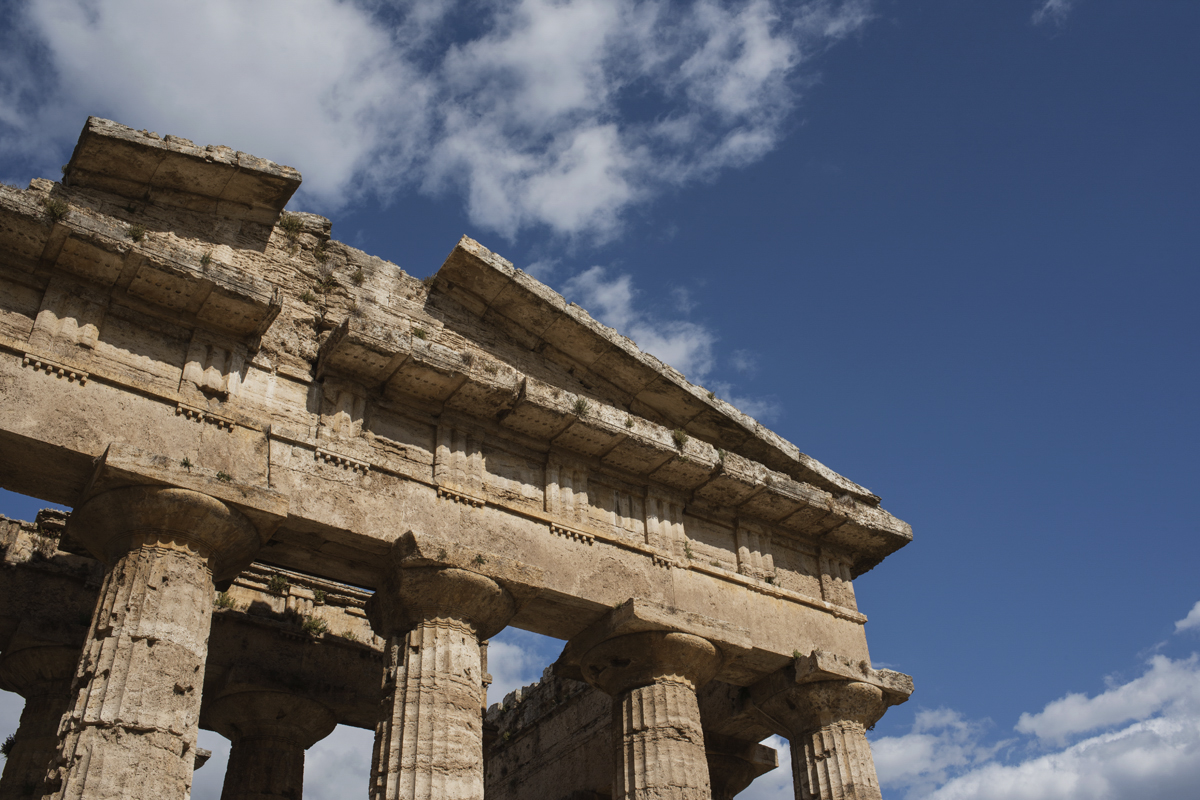 The building was erected in the middle of the V century BC to mark the southern sacred area of the city. The sense of proportions changes when we cross the pronaos: we all feel dwarfs on the shoulders of giants. The very tall columns survived so many centuries, resisted earthquakes even though they were simply stuck, lead us to look upwards, to admire the solemn majesty, typical of a deity's house.

On these days tourists may visit the temple carefully, but for the Greeks it was a sacred and inviolable space, placed higher up and ideally separated from the ground through steps. 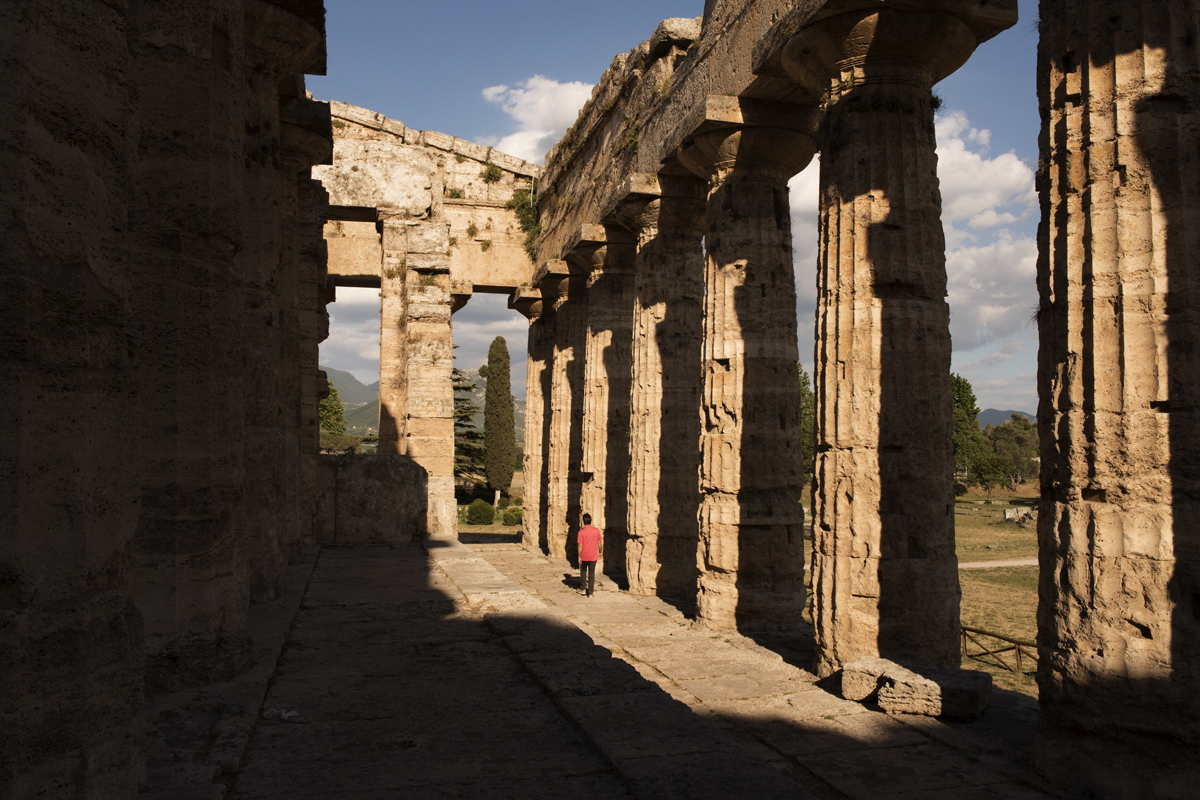 Another significant difference between yesterday and today is decoration. The most familiar image of Paestum is composed of gold-colored temples that meet the green of the trees and the blue of the sky. In ancient times the image was an explosion of colors: from the wooden tiles that covered the roof to the metopes and triglyphs that completed the decoration. These details have been lost, but the charm of the architecture is intact: the distribution of the columns and the optical effect, able to make perfect what perfect is not. 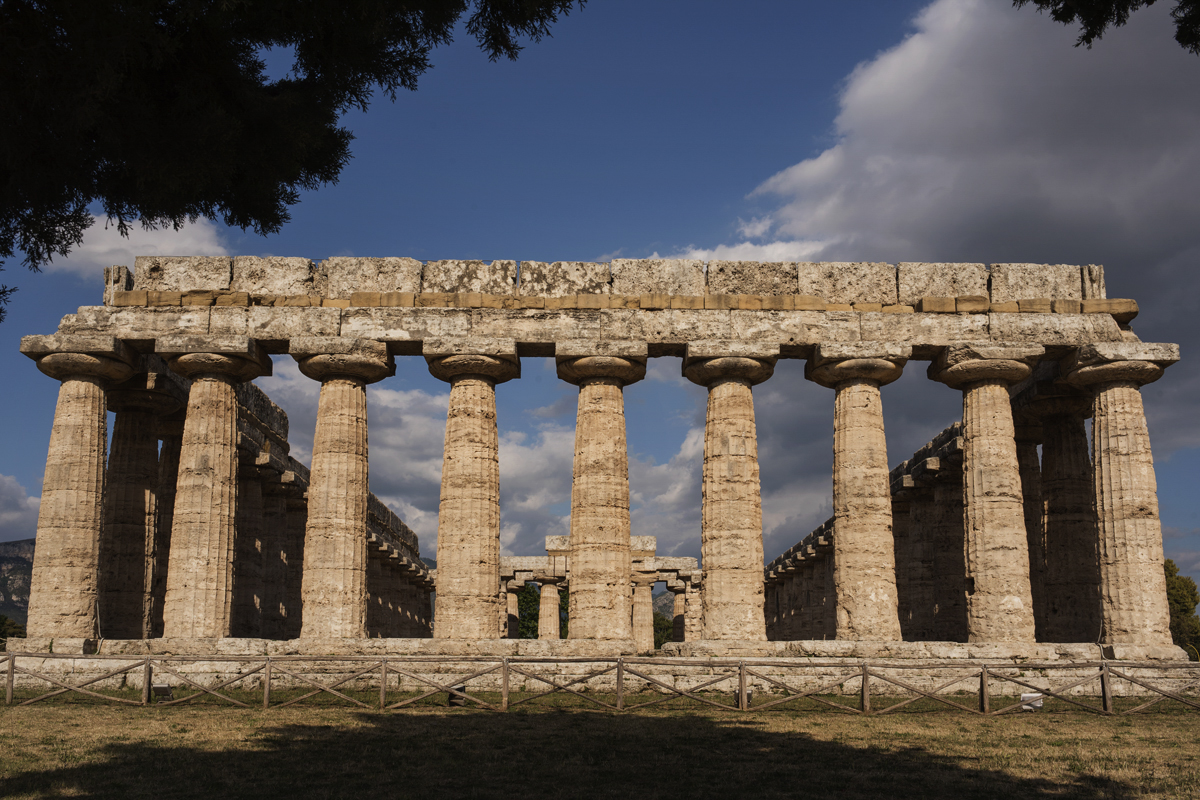 The best way to admire such beauty is to stop in the shade of a tree, look at the temple, count the columns, enjoy the silence of the park and try to hear the voices of the settlers who founded, in the 6th century, one of the most beautiful cities of Magna Graecia.