The tufa stone bell tower of the Church of the Maddalena, with its characteristic octagonal shape, dominates a rock spur and looks out towards the intensely blue sea. White, pink and yellow houses, also looking out over the sea, are nestled into the same rock. 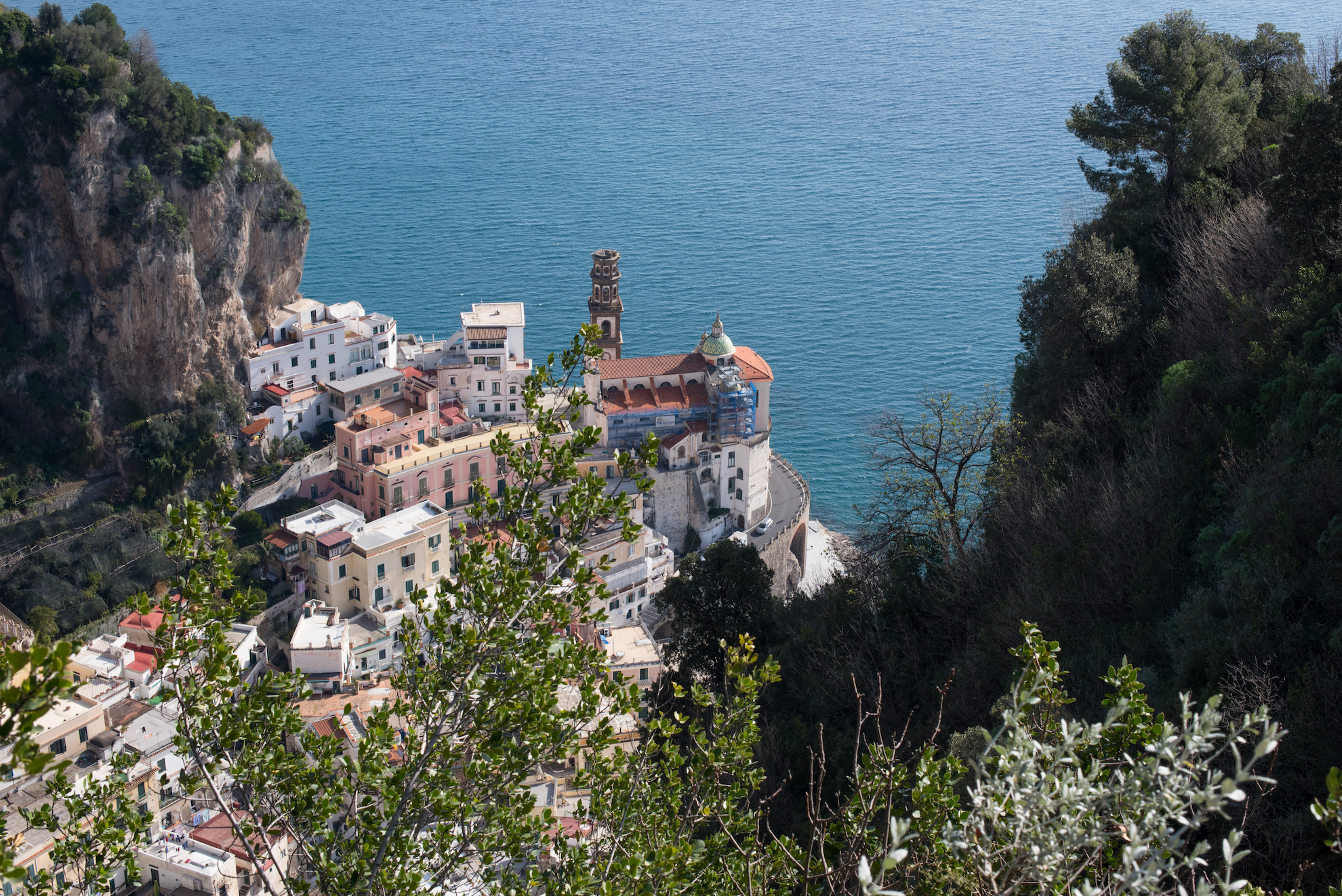 The fishermen's wooden boats line the golden beach, one next to the other like the starting line of a race, as if they were waiting for the signal to launch together. A seagull plays in the wind: it rises in flight, it surfs on the waves leaving behind the unmistakable trail of white foam, before rising in flight again. The air is sparkling, it prickles with the blended scent of salt and lemon.

In Atrani, one lives in a different, almost rarefied dimension. The breath relaxes, steps become slow, muffled, the muscles relax, even the eyelids give in to the temptation to be lazy and lower slightly, as if in a constant state of drowsiness. Even workers, engaged in repainting the facade of a white building, work in a slower, almost poetic rhythm, made lethargic by the rays of the early spring sun. 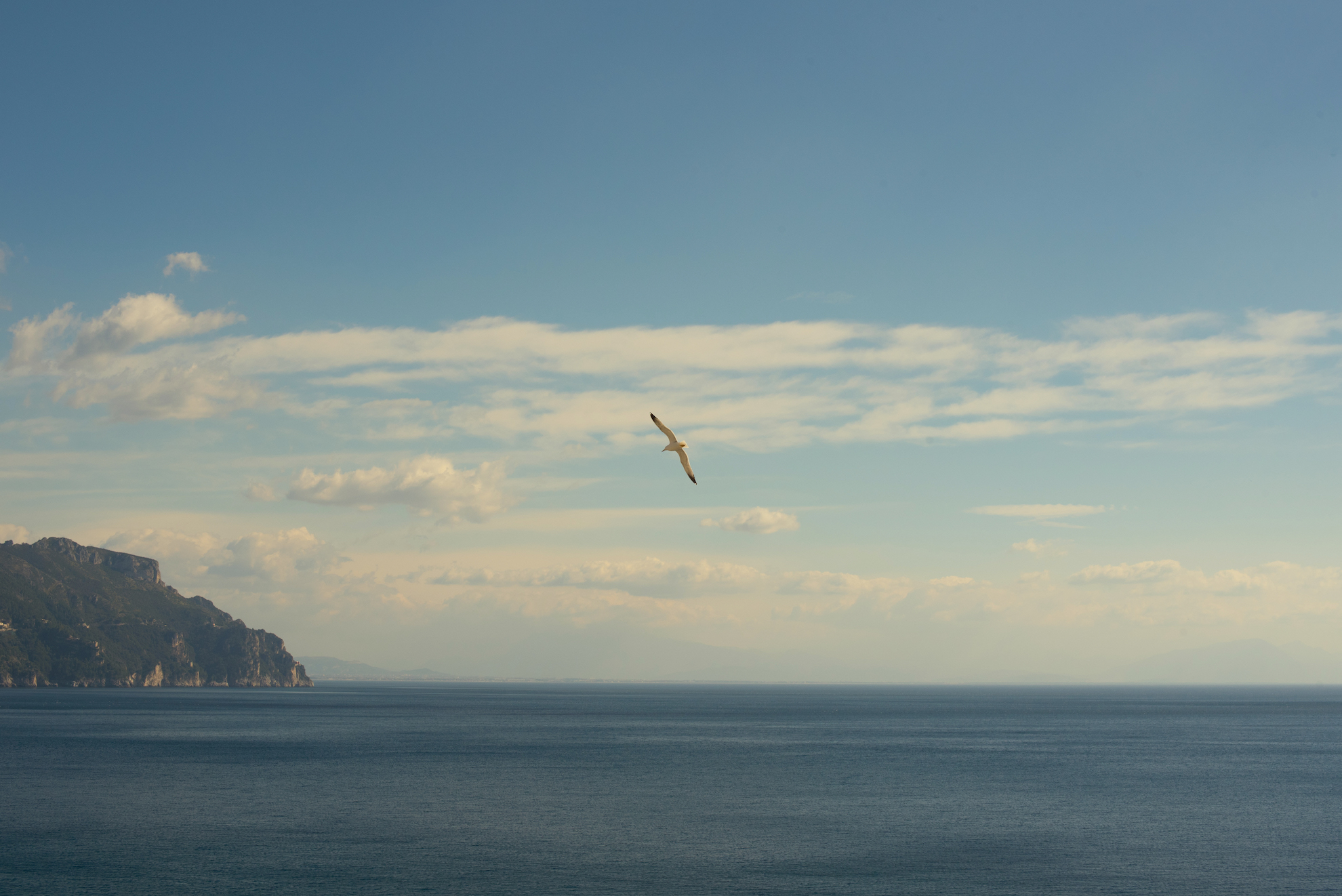 Atrani is the perfect postcard. Whether it is winter or spring, the image of this village set in the rock by the sea, with a poignant beauty, cannot be forgotten. Maurits Cornelis Escher, the great Dutch illustrator and graphic artist, reproduced this postcard, with the bell tower of the Maddalena, in one of his most famous works: the Metamorphoses of 1937.

Entering the white and blue streets and stairways that climb the rock behind Atrani and Amalfi, other angles are discovered that influenced Escher's artistic inspiration. It was here in the Amalfi Coast, in Ravello, where he met the young Swiss woman Jetta Umiker, who within a year would become his wife. 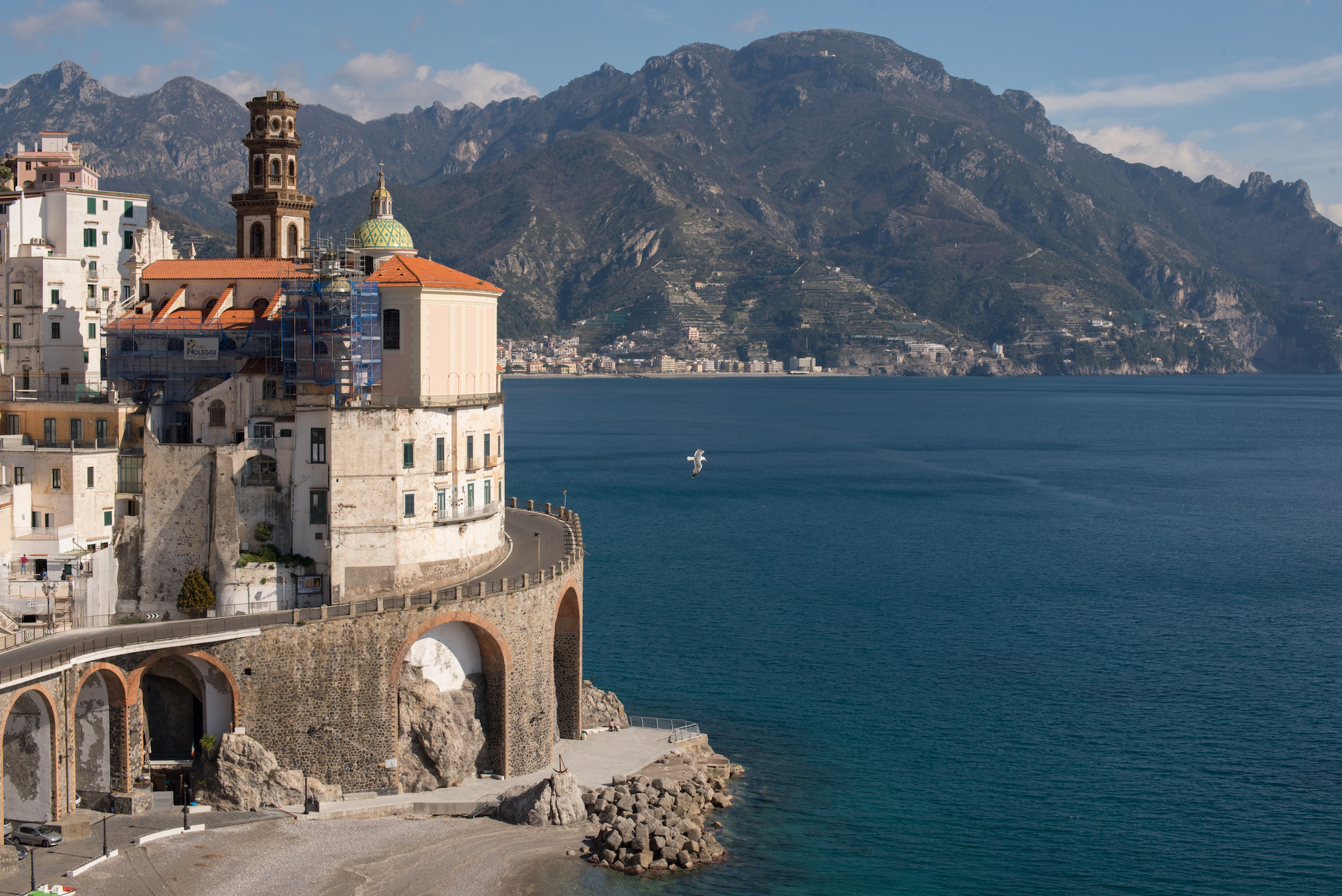 The “Covered Alley” is a work from 1931 where the junction between a narrow street with an arched vault and one of the many stairways that are both beauty and torment of the Coast, creates a particular play of shadows. Light and shadow, mountain and sea, blue and green, narrow and straight streets and steep stairways that twist around themselves, always giving the illusion that they are about to end, the sweetness of the Mediterranean maquis and the roughness of the rock, the whole Amalfi Coast is like this: it is an enigma, a succession of contrasts that gives no respite, that does not allow the eyes to adjust, but that suggests visions, perspectives, emotions that are never ordinary.

Escher reproduced these contrasts in all his works from Campania. During his stay on the Amalfi Coast, the artist visited Ravello, Vietri sul Mare, Amalfi, Atrani, Conca dei Marini, Scala, Praiano and Positano. These landscapes inspired over fifteen works, including Atrani, Dilapidated Houses in Atrani, The Hamlet of Turello, San Cosimo, Ravello, and Coast of Amalfi. Walking in these places becomes a game for anyone who loves the art of the great Dutch illustrator: walking in search of the labyrinths, of the Metamorphoses and trying to discover which fascinations inspired so much creativity.