History of a family 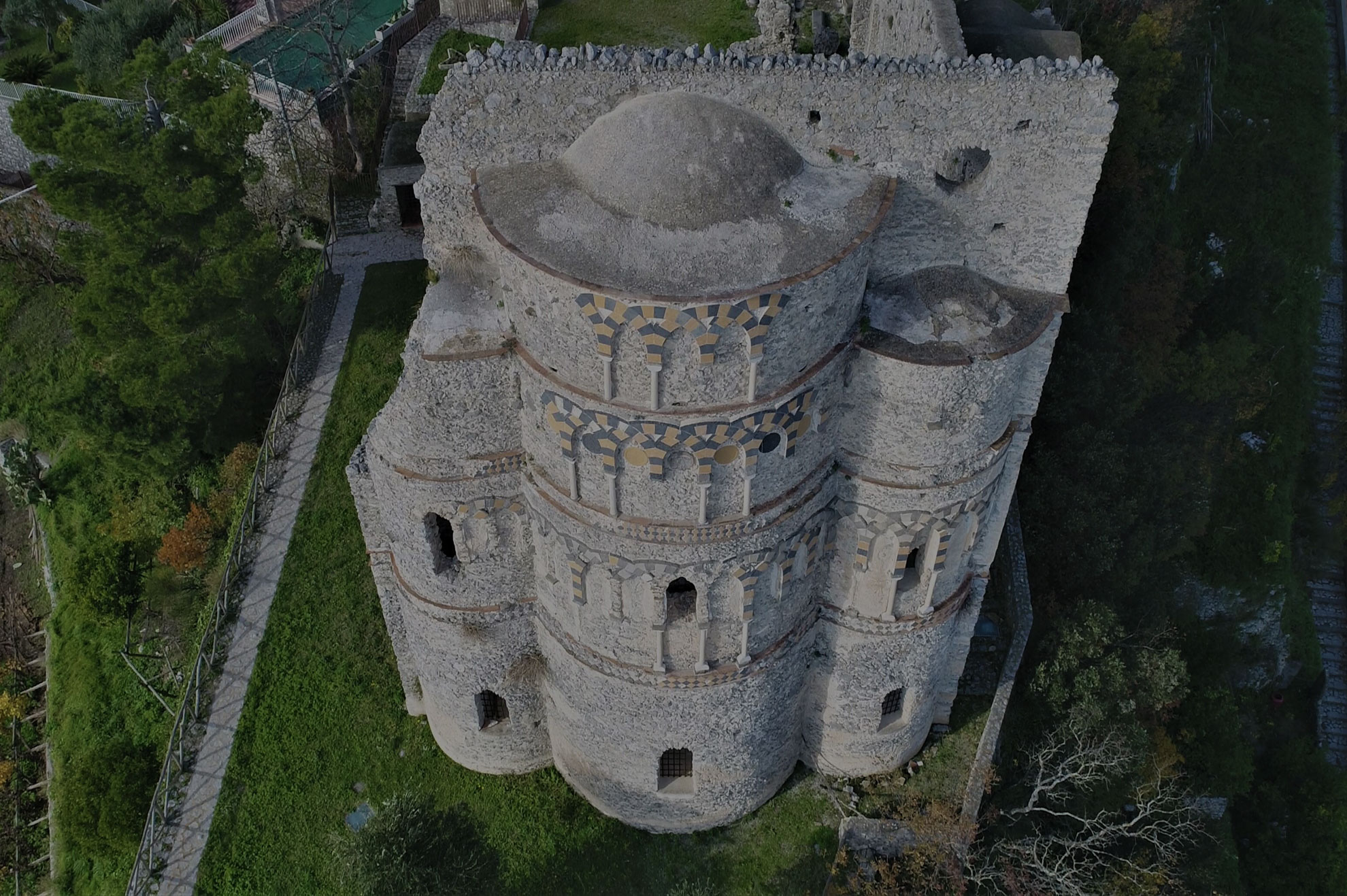 It was the vision of a cross between the horns of a deer, during a hunting trip, to push a general of the emperor Trajan to convert himself to Christianity. His name was Placido, but with baptism he took the name of Eustace. He was then made red-hot in a bronze bull-shaped container with his whole family and made martyred. This is where our story begins. 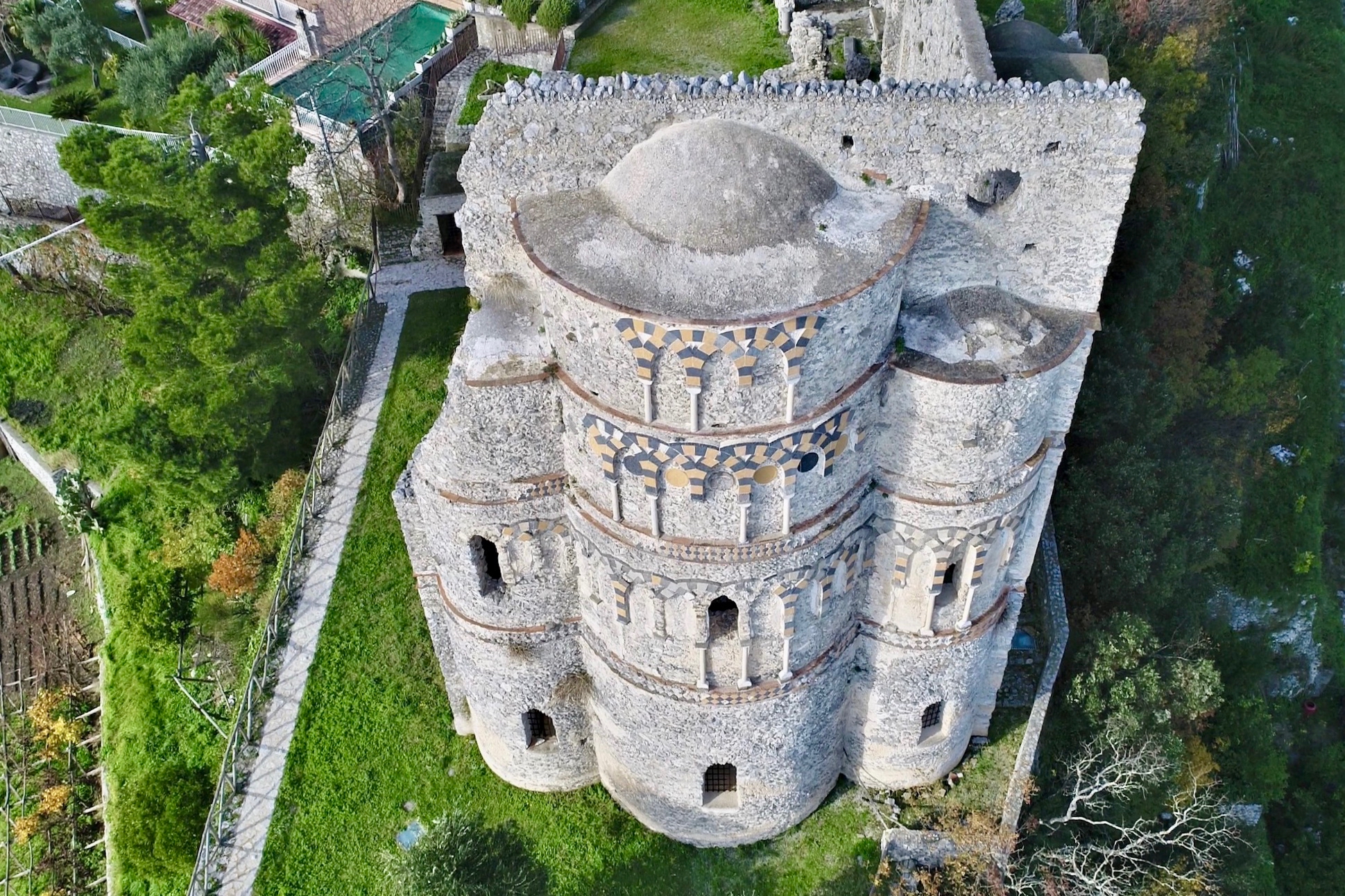 We must go back a thousand years until the twelfth century. In the municipality of Scala, the most ancient on the Amalfi Coast, one of the most influential families of southern Italy was dominating: the D'Afflitto. A non-accidental surname which, according to a legend, would evoke the affliction suffered by a martyr, who was precisely the founder of the noble lineage: Eustace! An ancestor with a halo can be an effective pass in a world where religion and politics merge. To mark the divine lineage, to insert the traditional iconographic deer on the family coat of arms was not enough . A church had to be built in honor of the progenitor. A cult building that actually represents the power of the Scala family over the area.

The basilica was built right in front of the D'Afflitto residence, a tower house on Monte Aureo, a strategic location between Amalfi and Ravello. We are in Minuta, one of the six districts of Scala, the one that best preserves the traces of a flourishing medieval past. From a silent square where the eleventh century Church of the Annunziata stands, you can go down along the terraces, between narrow and steep streets, which go between the houses arranged in the shape of a staircase (hence the name of the city). The basilica is wedged in these narrow streets used by mules, farmers and hikers who walk towards the extraordinary Valle delle Ferriere. 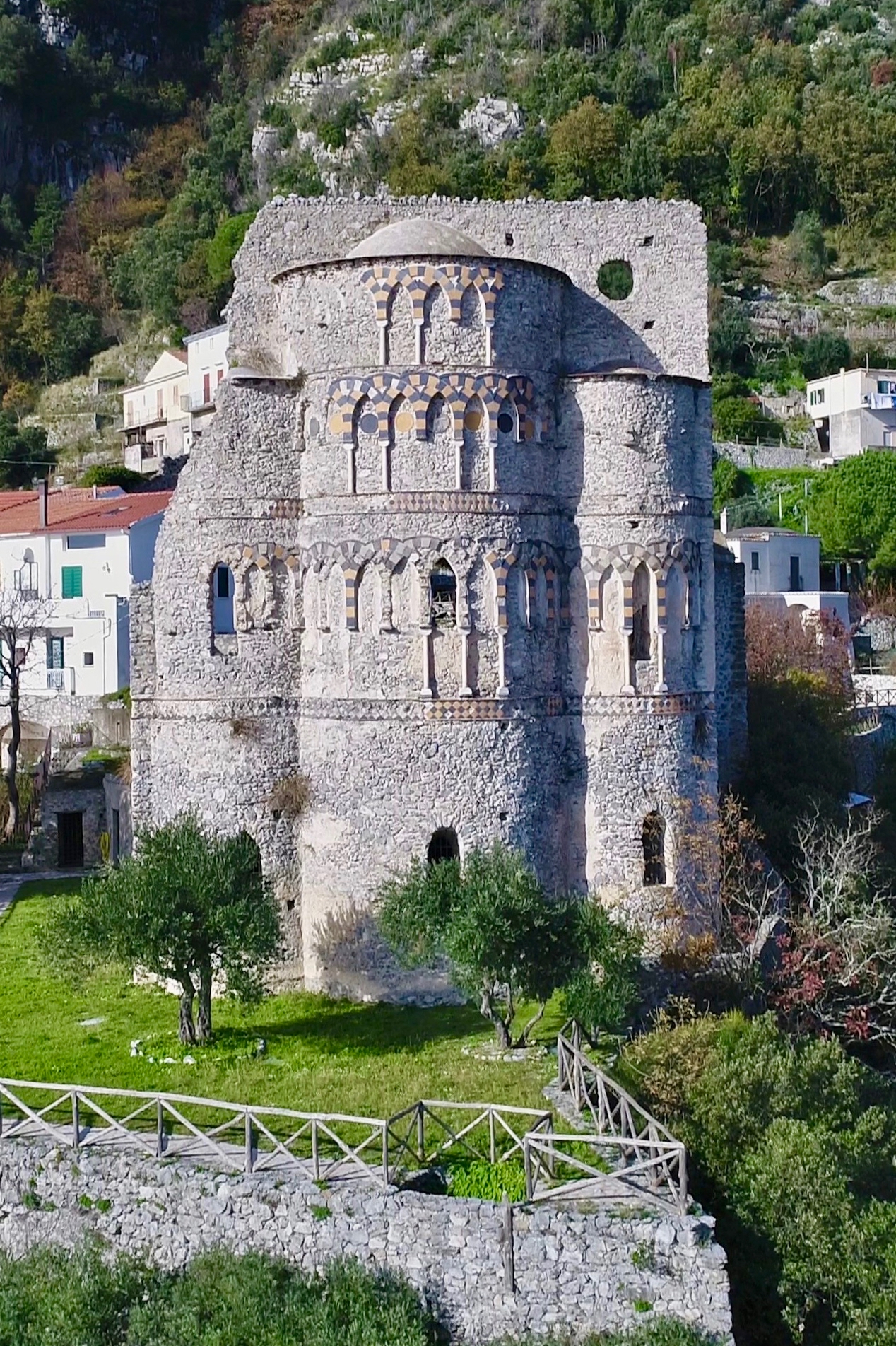 Beyond the entrance gate, you find yourself in front of ruins that tell you about the ancient grandeur of Scala and the essential relationship between the church and its princes. The history of Saint Eustace was in fact linked to that of the D’Afflitto family. The fall of the Maritime Republic of Amalfi, the interruption of trade flows and the consequent crisis of local aristocracy led to the progressive abandonment of Scala. The D'Afflitto had to pay their debts by selling some church property until the decline became unstoppable and the temple was gradually plundered. 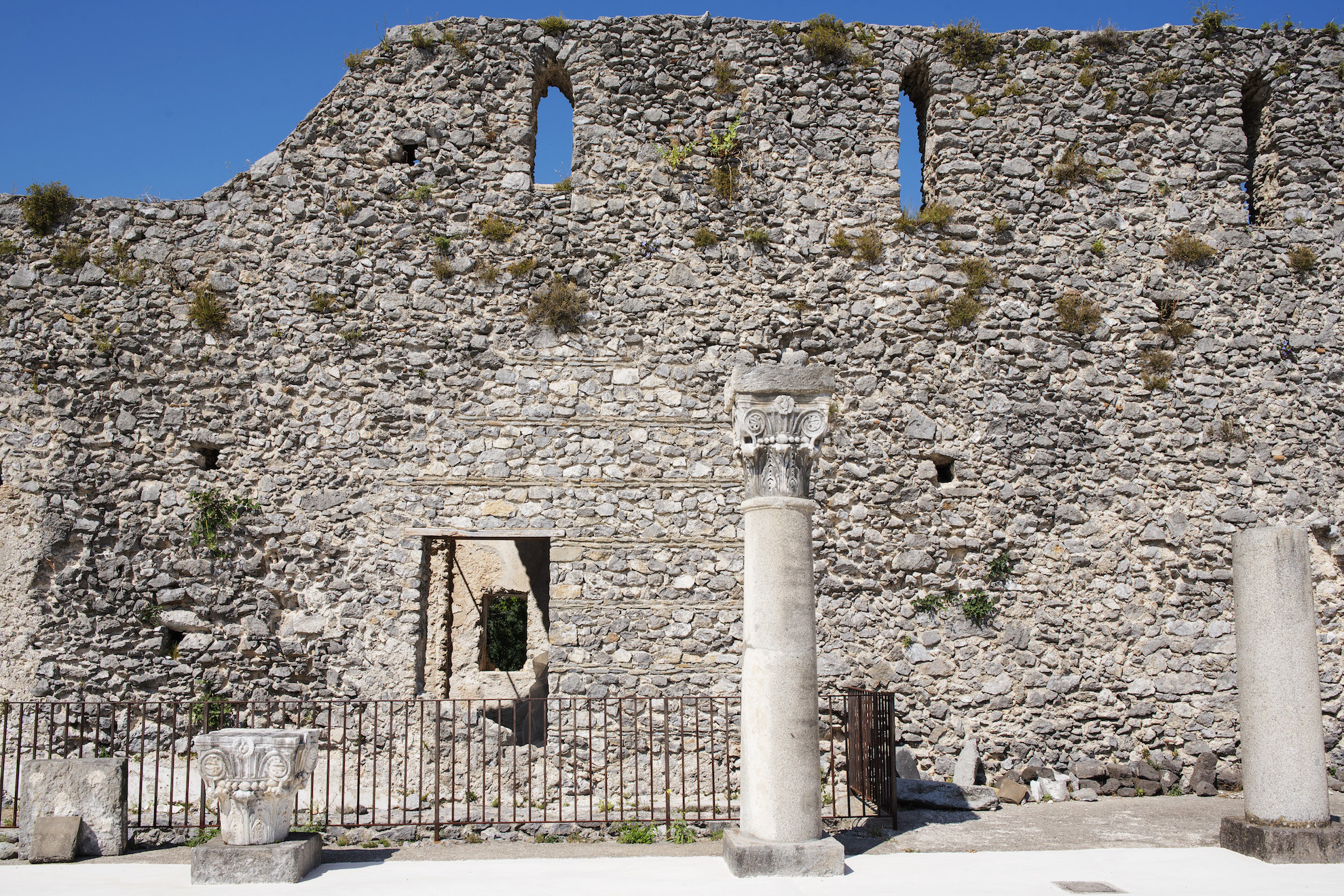 Originally, the basilica was accessed from an atrium covered with vaulted columns, to the left of which there was a square bell tower. The interior was divided into three naves separated by large marble columns with classic capitals, coming from various areas of the Mediterranean area, as you can see from some remains on the floor. At the bottom of the basilica, some steps lead to an underlying crypt pointed towards east, like all medieval churches. The basilica had three cylindrical apses, whose external walls still show decorations that recall Islamic, Spanish and African tastes. Arches intertwined with marble columns and colored stones create decorations of wonderful elegance. A small belvedere at the base of the apses allows us to admire their dazzling beauty. From here it is also possible to peek at the sea with a view of Amalfi. 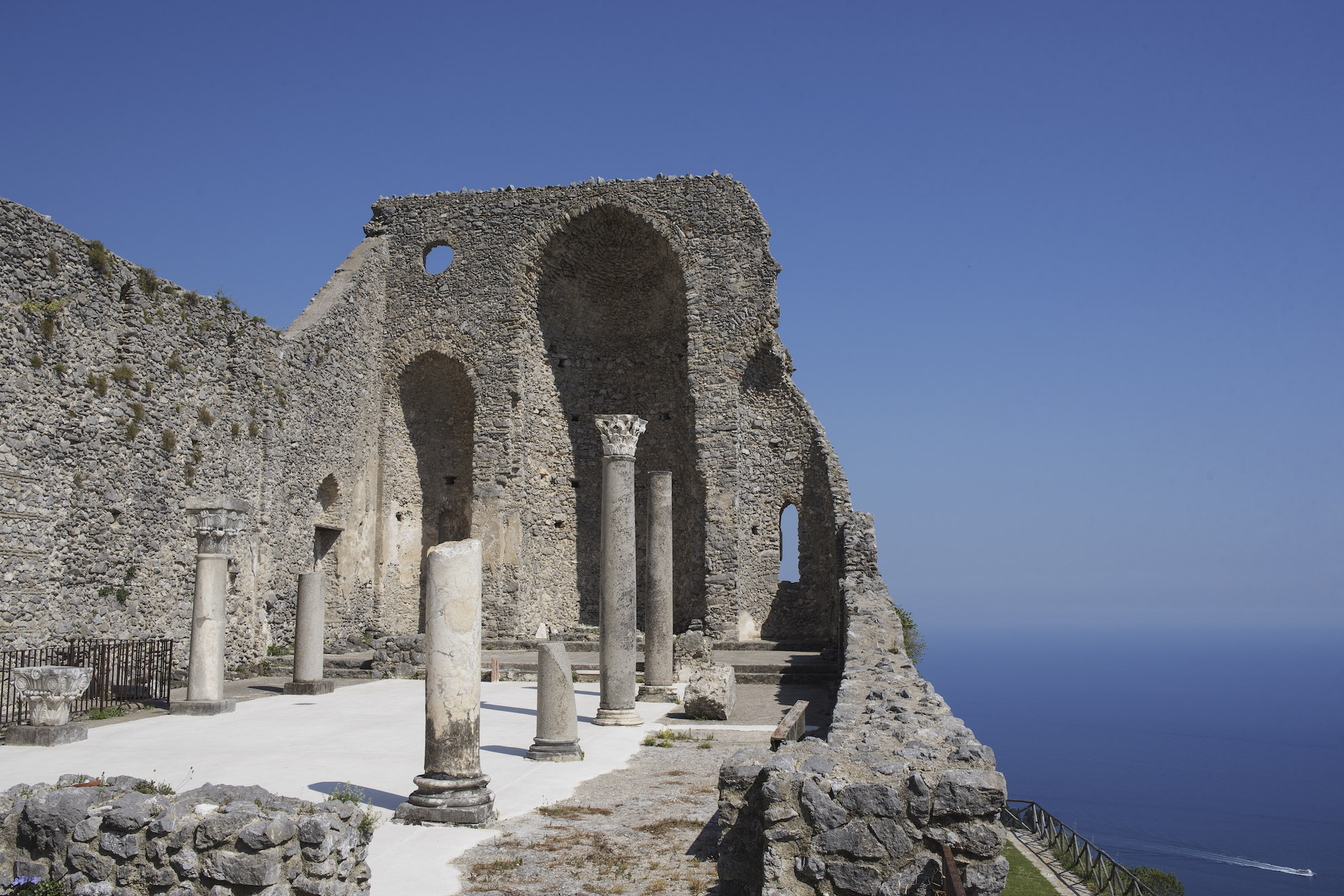 Today, even if worn out by time and men, Saint Eustace proudly displays its glorious past: when Amalfi dominated the Mediterranean and the D'Afflitto were the protagonists of one of the brightest seasons in Southern Italy.