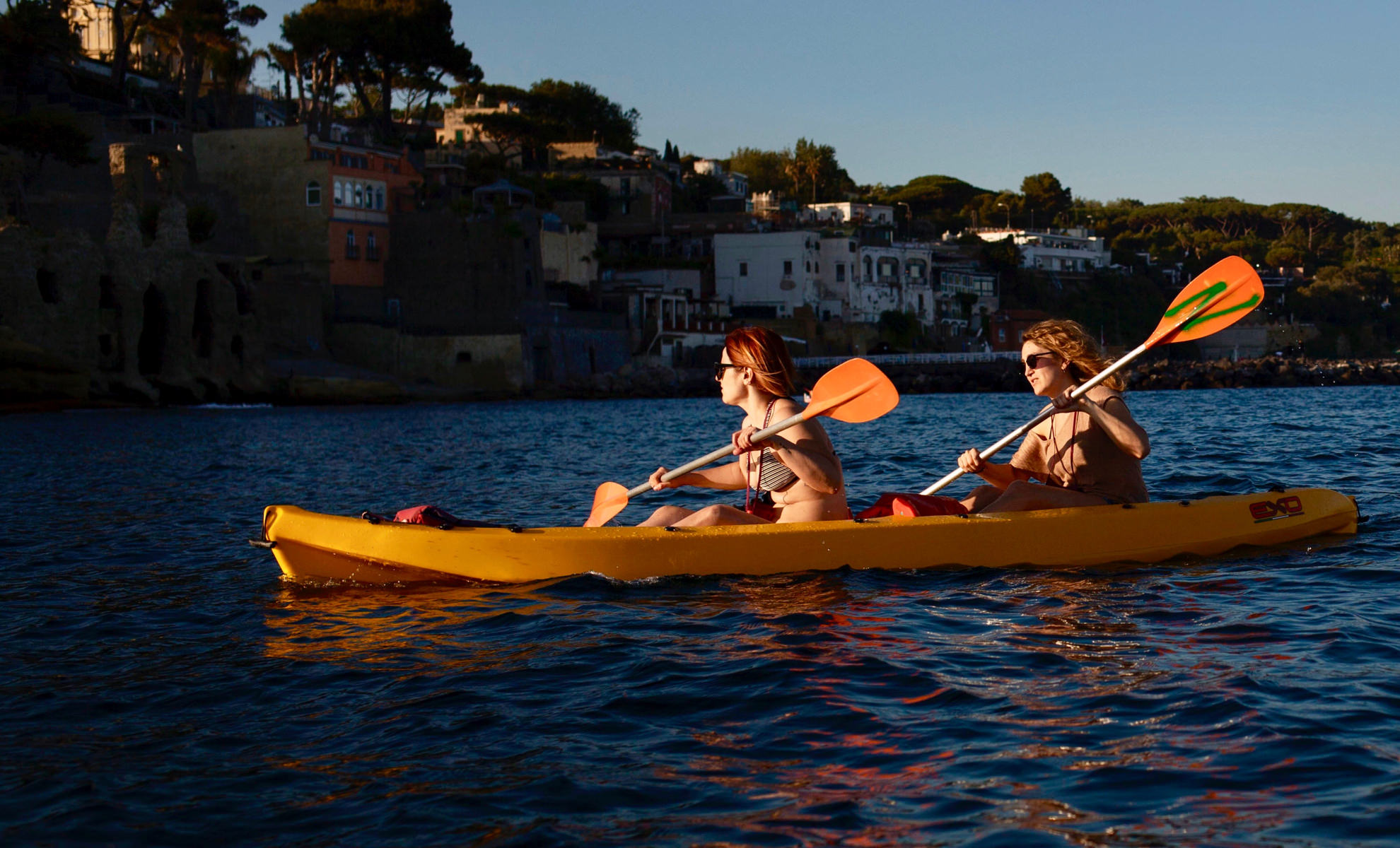 Ancient Romans choose the Posillipo’s hill as retreat. The latin meaning of the name Pausilypon is “the place where pain ends”, and it still reflectsa the essence of this etymology nowadays. Lush vegetation, dizzy cliffs and overlooking the sea villas make Posillipo a vip area in Napoli. 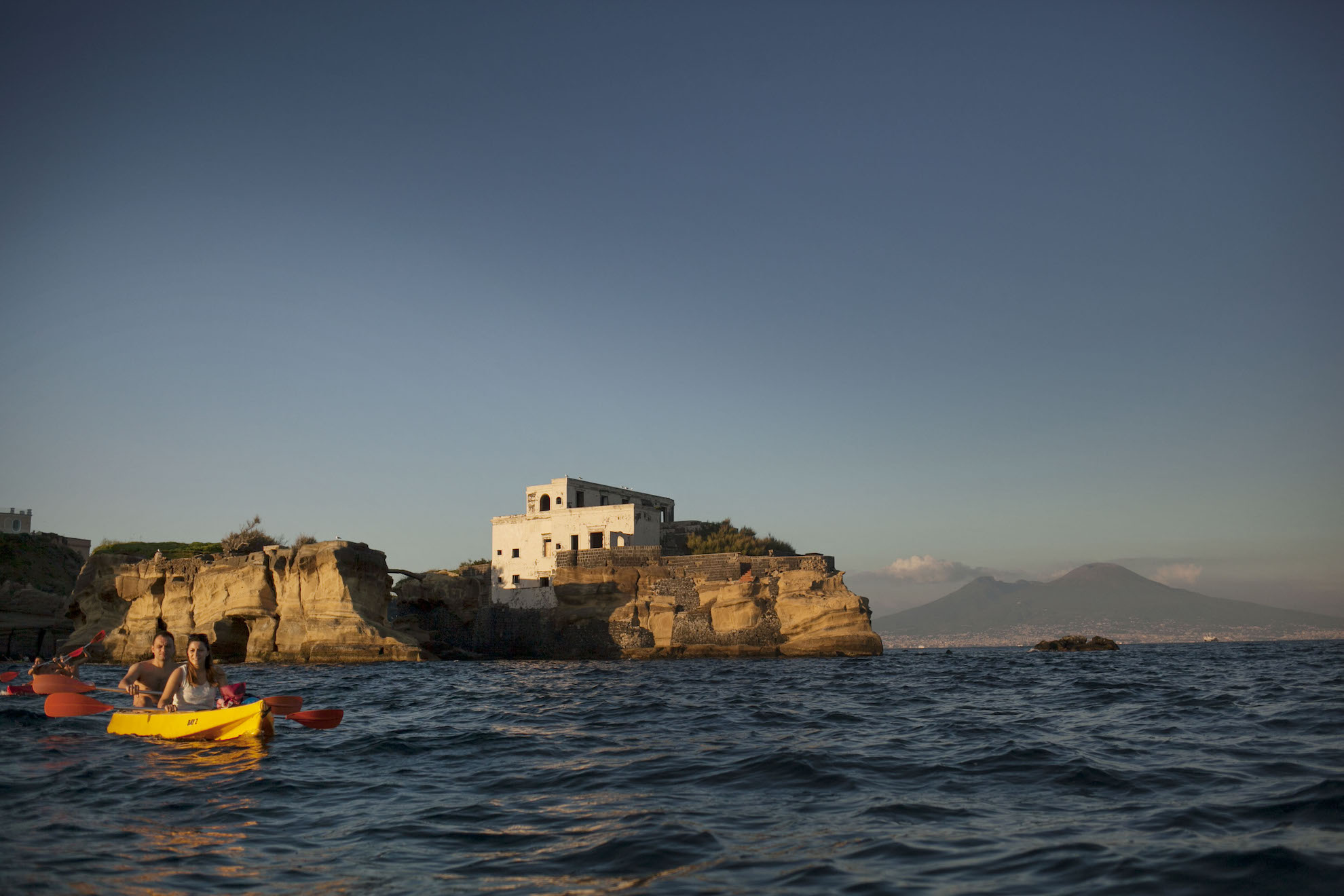 The best way to visit the wildest side of the Posillipo coast is a kayak tour. The tour starts from Marechiaro, an ancient fishermen neighbourhood known because of his famous Fenestella (a small window cited in Salvatore Di Giacomo’s song "Marechiare") and his roman ruins, and moves through the most evocative coastal areas, as, for example, Palazzo degli Spiriti (Ghosts’ Palace) a I century b.C. building that survived to the time and elements.

Paddling along, you get to the Gaiola, the smallest marine protected area in Italy. Through this small reflecting pool, you can cross two small bridges: one brings you to the Paul Getty and Gianni Agnelli’s villa. According to the residents, this is a cursed lace because all the old owners had heavy misfortunes through their life.

Getting through the Gaiola, you come into the Trentaremi cove: a gorgeous bay defined by Punta Cavallo’s spur on the west side. The cove is charactierised by the caves in the yellow tufa and the Emperor Augusto’s ancient villa ruins, an Emperor enchanted by Posillipo’s heavenly beauty himself.