The legend of beggar souls 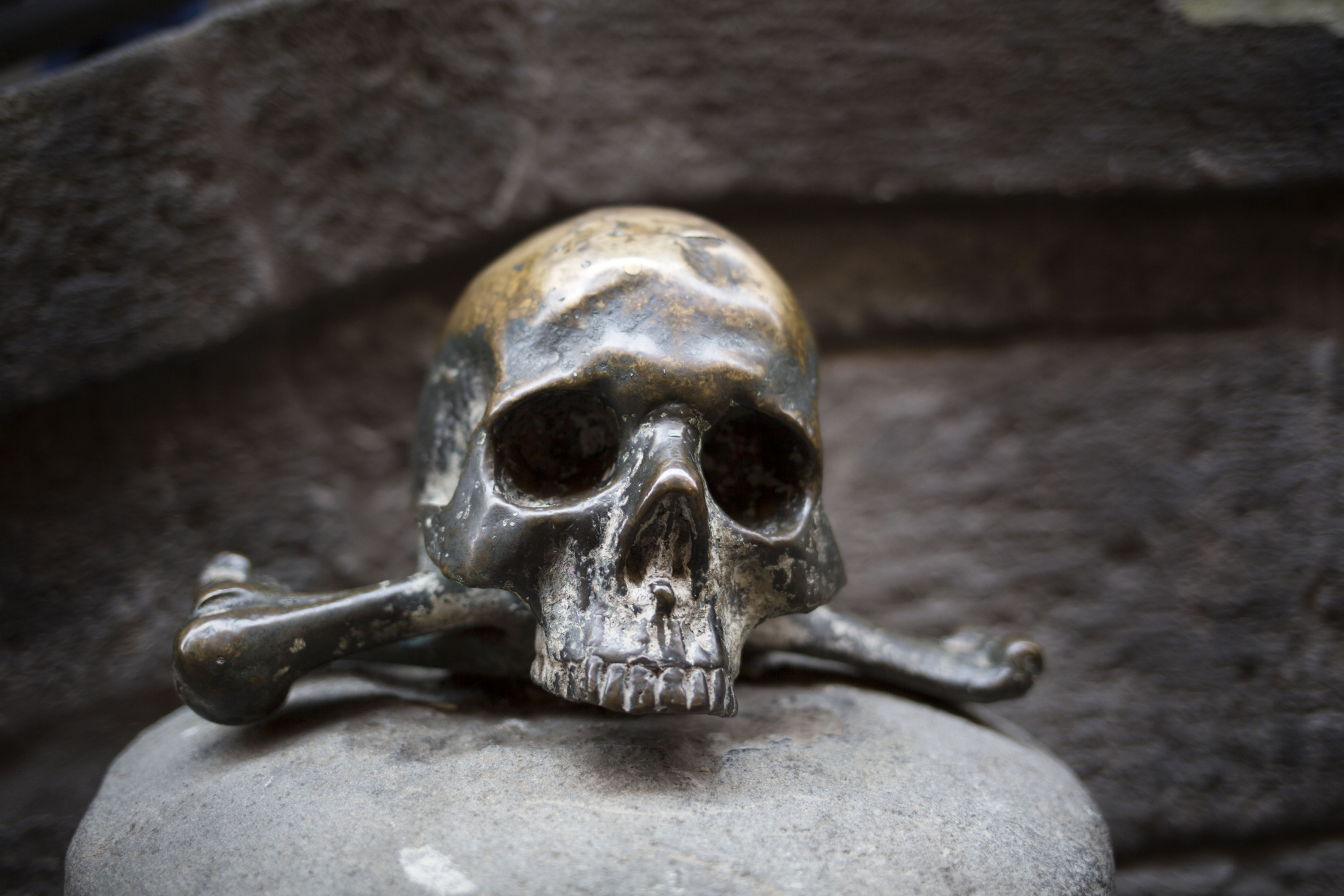 Naples is the city of blood. That of the Patron Saint, bishop Gennaro, who every year repeats his miracle. Naples is also the city of tuff and lava stone. That of the hypogea of the churches that still today welcome the rest of the souls who have passed away.

Naples is the city where religion is an intimate and personal liturgy. Where the relationship with the Hereafter is something more than just Sunday Mass. Neapolitans always had a direct dialogue with the saints and with the souls of those who have left their earthly life. As the hypogeum of the church of Santa Maria del Purgatorio in Arco shows. 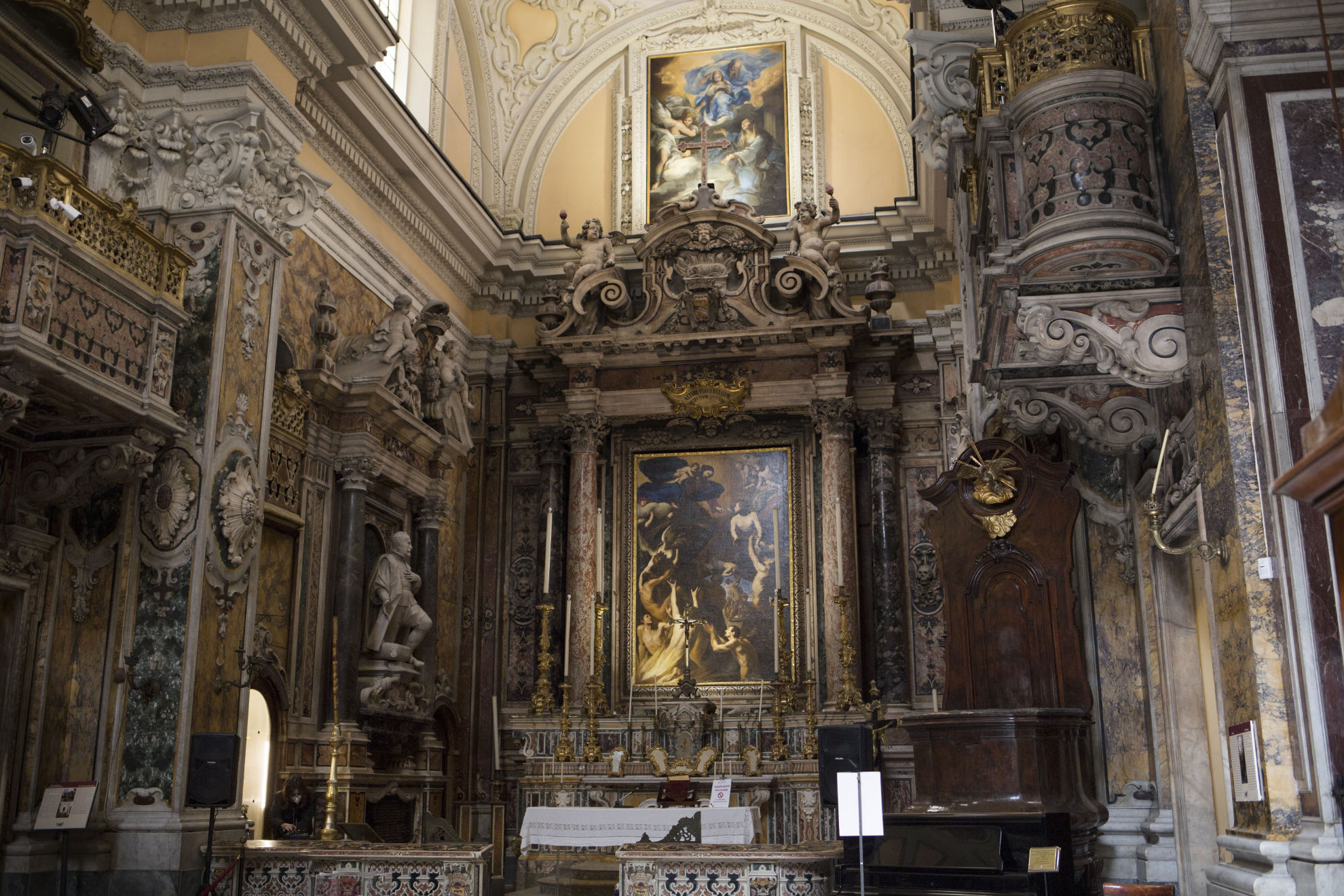 You are in the historic center, among the shouting crowd of via Tribunali. The heart of the “Decumano Maggiore” (one of the three ancient streets of Naples called “Decumani”) is also the expression of the deepest Neapolitan spirituality. The church of Santa Maria del Purgatorio in Arco surprises and almost stuns with its sumptuous baroque decors. Which stand out even more when compared with what is below the main altar.

An underground church, bare and austere, welcomes visitors with an equally grim and essential altar. From the marbles and the golden vaults you pass to the rough materiality of the stone. On the other hand, you are in what was thought, already in the original project, as a cemetery for unknown souls. Here those found rest, who even in life had no certain name. 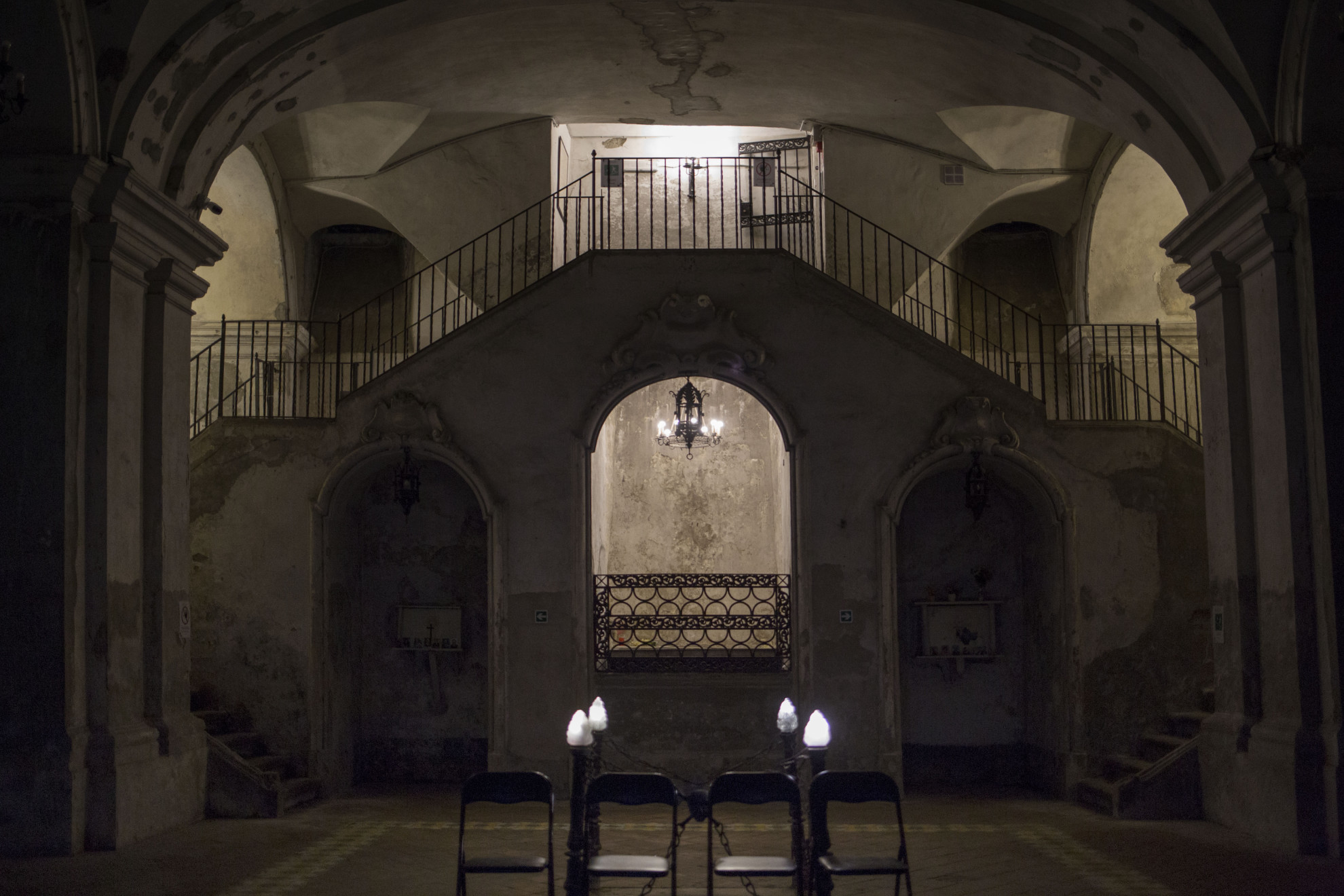 The hypogeum of Santa Maria del Purgatorio in Arco houses the skulls of those who passed away without having a plaque with their name. And this is how the cult of beggar souls was born. Since the seventeenth century, the Neapolitans come to visit these unknown souls, just like you would for a loved one who passed away. 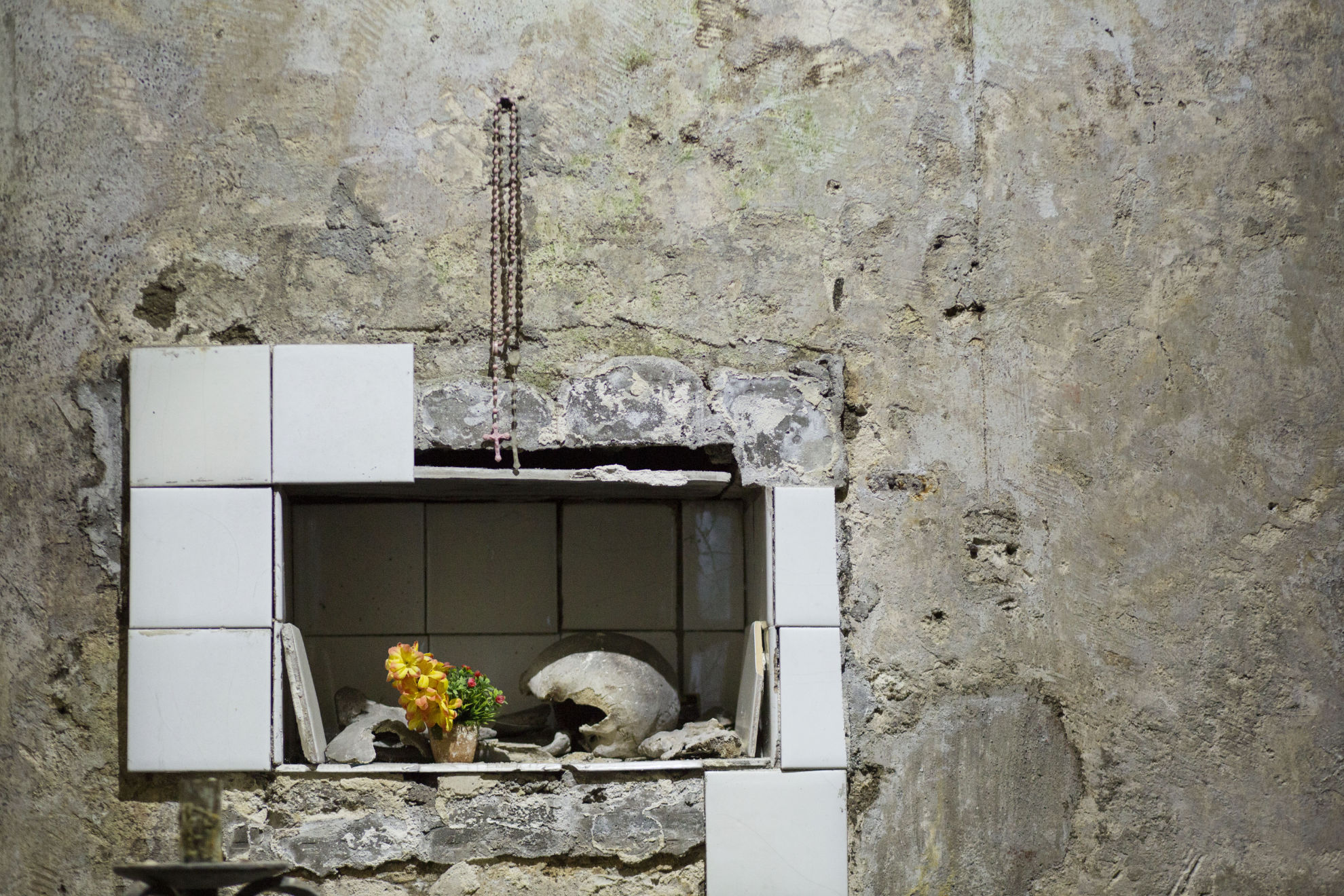 Each Neapolitan adopted a skull, which was cleaned and cared for so as to preserve it from the neglect of time. This is how the pietas of the Neapolitan people took care of these dead without even a name: souls in purgatory who, through the constant care of those who had adopted them, could finally free themselves from suffering and reach the desired destination of paradise. 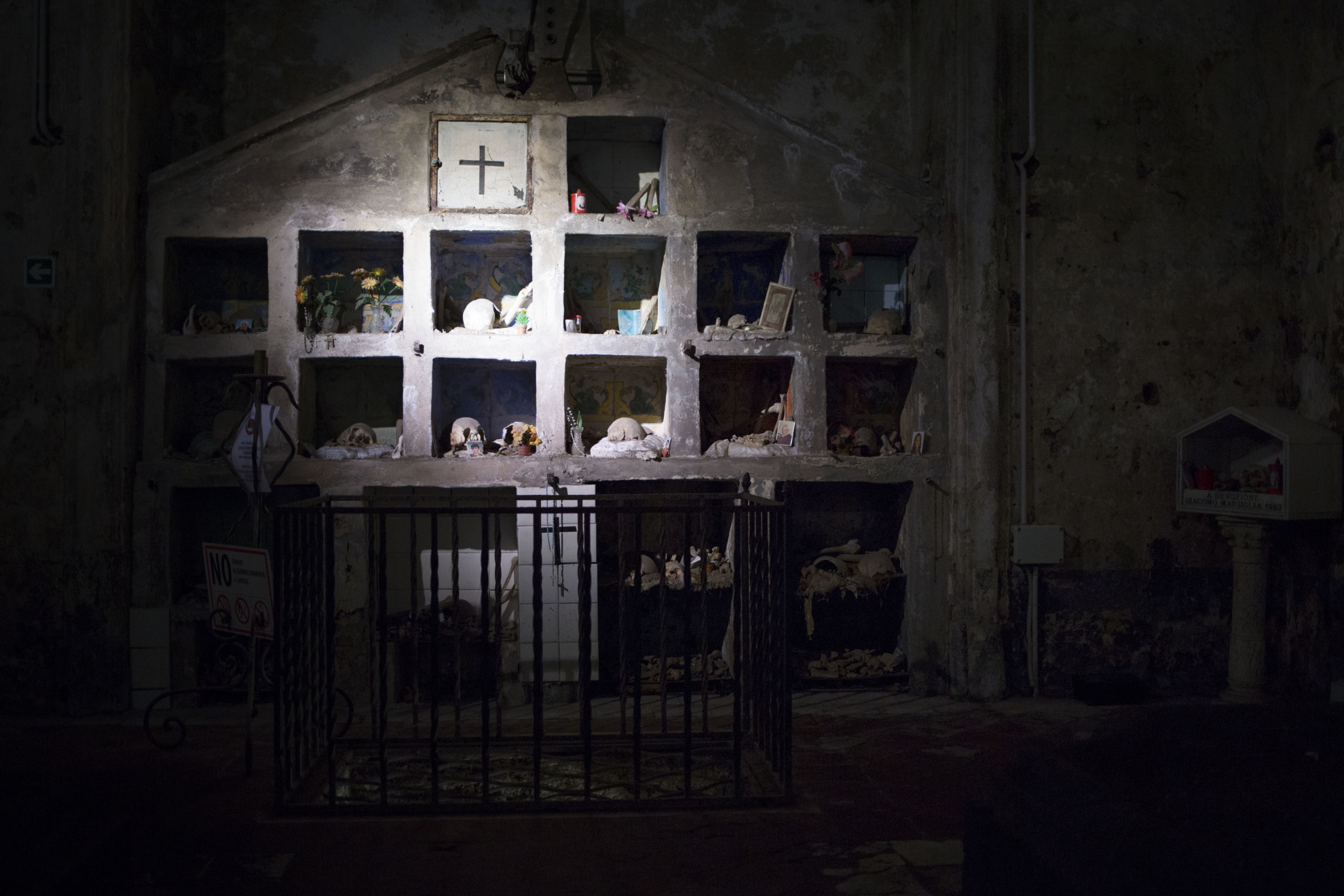 This is why the Neapolitan liturgy is like a personal relationship with the souls of the afterlife. The souls of the beggars, thus defined by the Latin “petere” (to ask), asked for a little relief from the suffering imposed on those who did not even have a name. And for this very reason forced to pass through the labyrinths of purgatory.

For the suffrage of the souls in purgatory.

Entering the hypogeum of Santa Maria del Purgatorio in Arco means getting to know the Christian and Pagan rituals of the Neapolitan people. The skulls are still there: arranged on small altars or lying at the height of the ground that still covers the tombs today. The most famous is certainly that of Lucia, which is a fantasy name, precisely because none of these deceased people has a name. A skull surmounted by a crown and a bride's veil. Tradition has it that it belonged to a princess who died shortly before her wedding. 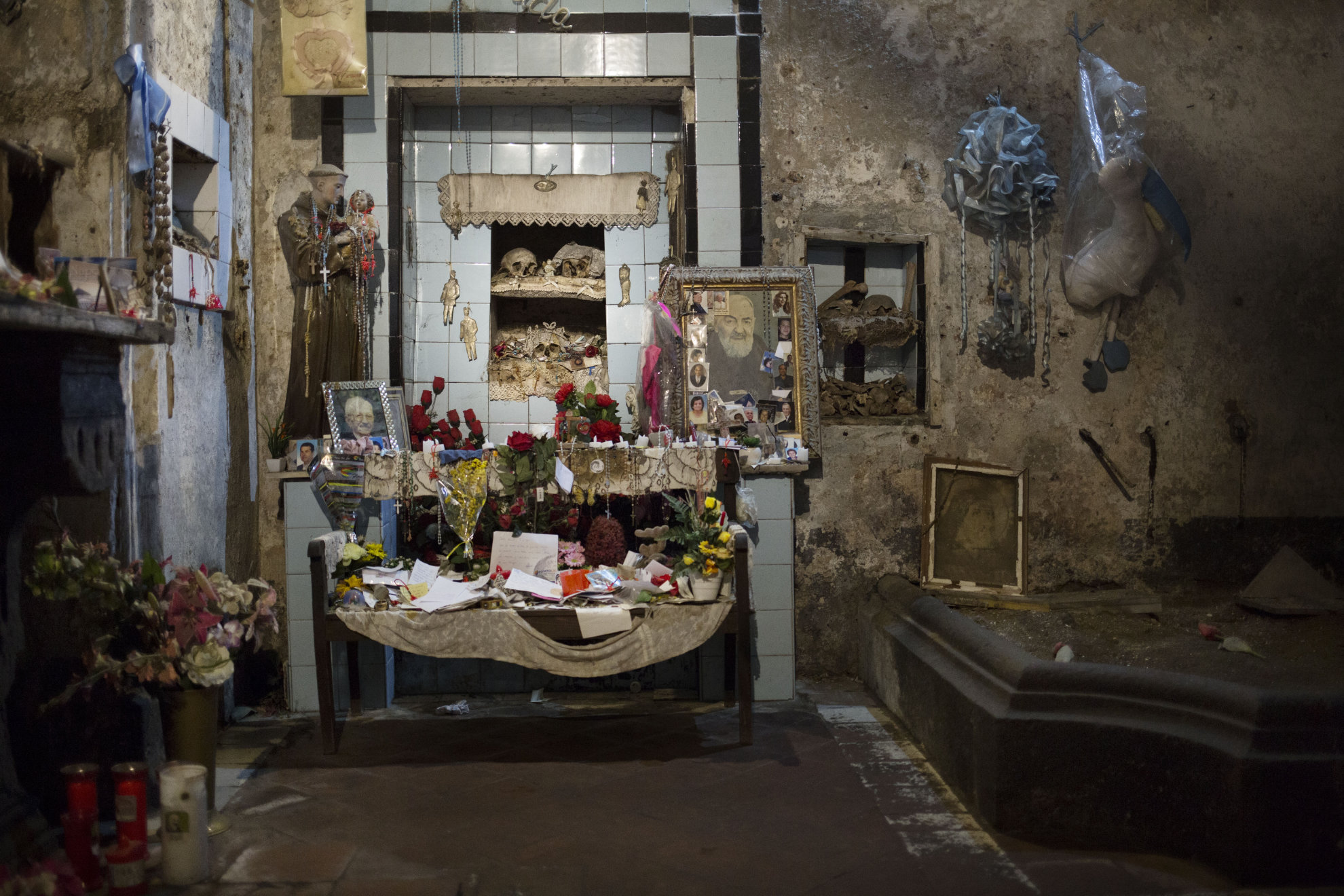 It is a cult that still lives today in the heart of the alleys of the Neapolitan historic center. Some iron gratings separate the hypogeum of Santa Maria from the road above. The voices and prayers of those who dedicate themselves to the cult of the souls of the beggars are able, however, to arrive from the city of the living to that of the dead. In a never abandoned rite, dedicated to those who struggle to achieve eternal serenity. 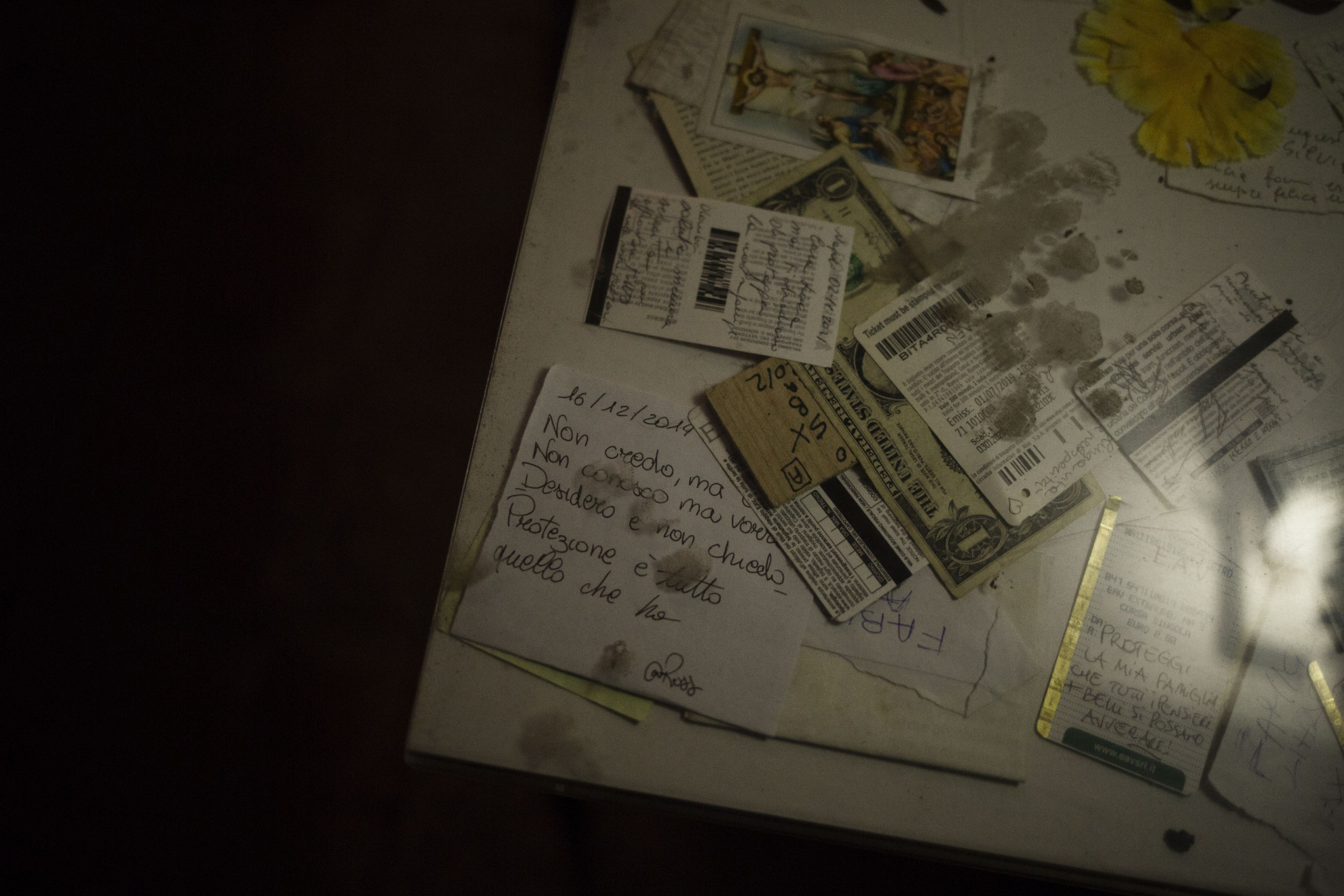 Today, visitors leave pen-written notes and subway tickets next to the skulls of the deceased. Thus they testify to their presence on a certain day and at a certain hour. A memory on paper to escape the transience of time and life. The cult of the souls of the beggars, in this ancient corner of Naples, was able to defeat even death.